ROD STEWART has been lined up by Celtic to headline a blockbuster Lisbon Lions tribute concert on May 25 to celebrate the 50th anniversary of their famous European Cup win.

Hoops chiefs plan to hold the event at Glasgow’s SSE Hydro as part of the official celebrations, due to run from May 24-28.

And the Scottish Sun understands Celts superfan Sir Rod will be there to make sure the party goes with a bang.

Other major stars from the worlds of music and football will also be announced nearer the time of the celebrations.

A source said: “Plans for the gig are well underway but as far as acts are concerned, there’s still a bit of work to be done.

“One thing’s for sure, it’s going to be spectacular and it’s exactly what the guys deserve.”

The gig will take place 50 years to the day since Jock Stein’s side sealed their place in history by becoming the first British team to lift the European Cup.

Captained by Billy McNeill, they swept aside Inter Milan 2-1 in Lisbon with goals from Tommy Gemmell and Stevie Chalmers.

The Lisbon Lions – who also include striker Bobby Lennox and Celtic kit man John Clark – and their families, and relatives of the heroes who have passed away, will be invited to the Hydro bash.

Earlier this month Celtic announced they had planned a series of events to salute the Bhoys icons on the anniversary of their most famous triumph.

The club also confirmed the week-long celebrations would feature a legend’s charity match, starring Parkhead idols Henrik Larsson and Lubomir Moravcik, on May 28.

A sell-out crowd is expected at the match arranged to raise funds for the Celtic FC Foundation.

British music icon Rod Stewart is all set to make his Abu Dhabi debut on March 2 at the du Arena on Yas Island. The Hits Tour 2017 will see the 72-year-old bring all of his biggest hits, from the 1970s to now.

“I’m looking forward to performing in Abu Dhabi. I promise to deliver a fun, energetic, show. I’ll be playing your favourite hits, with a few surprises too. I give you fair warning — fasten your seat belts. I’m pulling out all the stops” the singer said in a statement.

Stewart, who was knighted last year, is one of the best selling artists in the history of recorded music, with more than 200 million records sold worldwide. His signature voice, style and haircut have transcended all genres of popular music, from rock and roll, new wave and even tackling the Great American Song Book; making him one of the few stars to enjoy continued success over five decades. He has garnered two inductions into the Rock and Roll Hall of Fame and won countless awards including a Grammy.

Tickets to the Abu Dhabi concert, starting at Dh250, go on sale on ticketmaster.ae on February 1.

Rod at a visit to New York Celtic Supporters Club 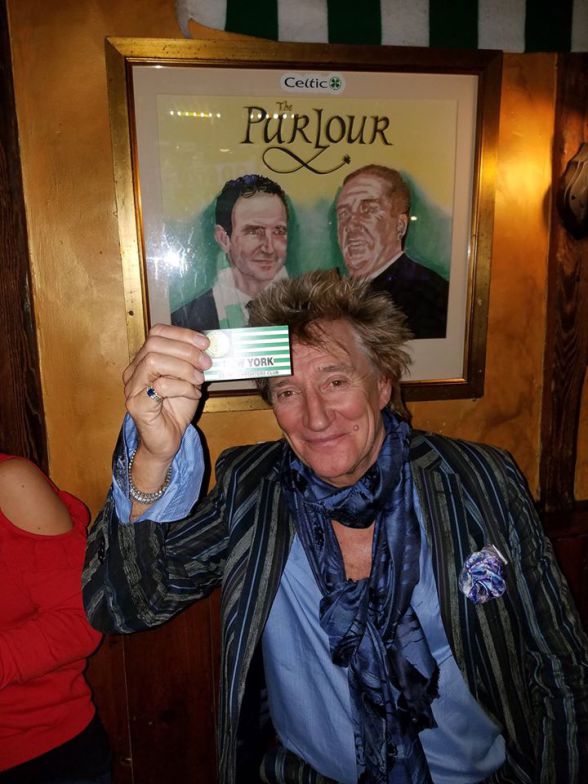 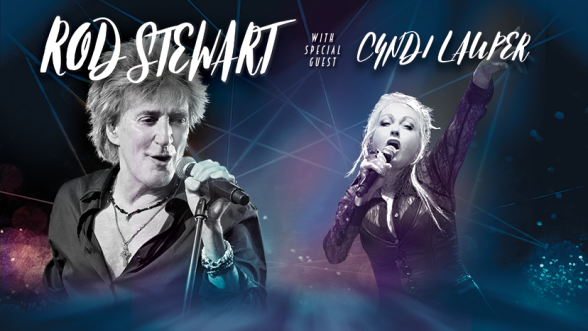 Rod Stewart has announced that he will be hitting the road this summer for a U.S. tour and he will be bringing along the iconic Cyndi Lauper as his special guest.

The 18-city trek will be launched on July 6th in Hollywood, Fla at the Hard Rock Casino and will conclude on August 12th at the Smart Financial Centre at Sugar Land in Houston, Texas.

Rod Stewart has football fans in stitches after bizarre Scottish Cup draw appearance - 'Is he drunk?'

Rod Stewart had football fans in stitches after a comedic performance in the Scottish Cup fifth round draw.

The 72-year-old rock star's over-the-top gestures had some viewers questioning whether or not the Celtic supporter had had a drink.

And he gave an audible groan of apprehension when his beloved Hoops were drawn against Inverness Caley Thistle.

Seeming to forget he was live on Sky Sports, Rod asked "Is that it?" when the draw finished and applauded the commentator’s suggestion he could get a job as a bingo caller.

He then turned away, inadvertently blanking McRae’s handshake.

Convinced he'd had one refreshment too many one fan asked: "The footage of Rod Stewart doing the Scottish Cup draw while clearly hammered is amazing."

All ties will take place on the weekend of February 11. 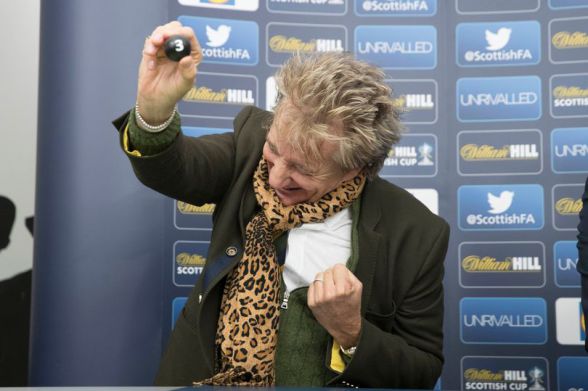 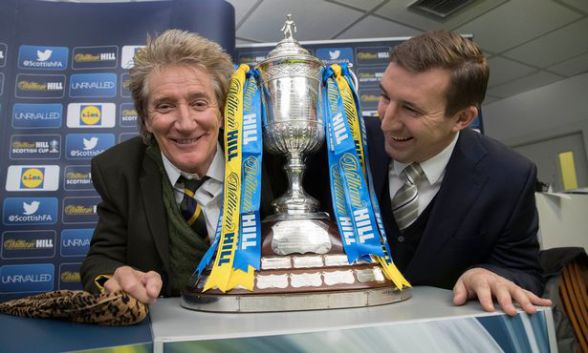 BySHAWN RODGERS
17 January 2017 14:57
Legendary British rocker Rod Stewart will be returning to Israel on June 14 to perform at Park Hayarkon in Tel Aviv.
The 72-year-old musician last performed in Israel in 2010 at the Ramat Gan stadium.

With his distinctive raspy singing voice, Stewart came to prominence in the late 1960s and early 1970s with The Jeff Beck Group (1967-1969) and then Faces. He launched his solo career in 1969 with his debut album An Old Raincoat Won’t Ever Let You Down.

With his career in its fifth decade, Stewart has achieved numerous solo hit singles worldwide, most notably in the UK, where he has garnered six consecutive number one albums. He has sold over 130 million records worldwide, and is one of the best selling British singers of all time. He was voted at #33 in Q Magazine’s list of the top 100 Greatest Singers of all time.

As part of his worldwide ‘HITS 2017’ tour, Stewart will naturally be performing all the massive hits from his incredible career, classic rockers like “Maggie May,” “Baby Jane”and “Da Ya Think I’m Sexy” through to big ballads such as “Sailing,” “You’re In My Heart,” and “Tonight’s The Night.”

“I’m looking forward to performing in Tel Aviv in June. I promise to deliver a fun, energetic show. I’ll be playing your favorite hits, with a few surprises too. I give you fair warning - fasten your seat belts. I’m pulling out all the stops,” announced Stewart in a recently recorded video statement. 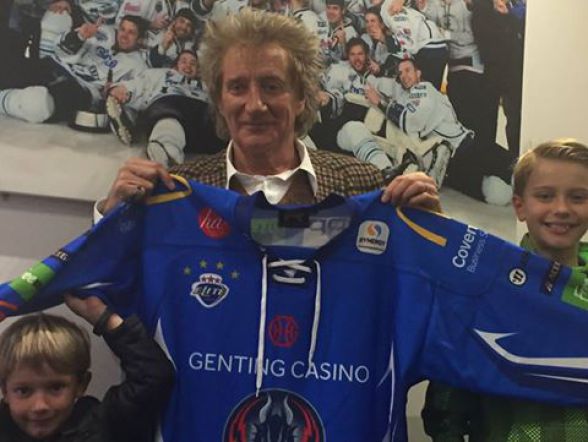 Rock legend Rod Stewart was spotted in Coventry cheering on his son to victory with the city’s Blaze ice hockey team.

The crooner was a hit with the crowd when he made a guest appearance to watch son Liam Stewart at the Skydome arena last night.

The club said: “The night began with a big Coventry welcome for Sir Rod Stewart and his family, visiting to watch his son, and Blaze Player of the Month for December, Liam Stewart ice at the Skydome Arena.

“Stewart was on the ice, driving to the net as Blaze opened the scoring through British forward Ashley Tait with a quick wrist shot at 9.39 (1-0).”

Liam, who is also the son of supermodel Rachel Hunter, was part of GB under-20s’ World Championship challenge in Dumfries in 2012 when he notched two goals and two assists in five games.