Sir Rod Stewart has won a battle to tackle a newt problem at his £4.6million mansion so he can build a swimming pool for his Olympic-hopeful son.

The singer submitted plans to build the structure in his garden so Alastair, 11, can more easily train.

However, the development was thrown into doubt when an ecological survey of the gardens at his Grade II-listed mansion, Durrington House in Harlow, Essex, discovered the presence of newts.

The amphibians are a protected species under UK and European law and it is illegal to catch, possess or handle them without a licence or to cause them harm or disturb their habitat in any way.

The discovery of the newts meant Sir Rod's representatives had to submit a detailed plan on how to construct the pool house without disturbing them.

But in order to carry on with the work without harming the amphibians, Sir Rod has proposed to build a new habitat for the newts away from his 18th century home

He also vowed to erect barrier fencing so that they will not stray into the building site.

The mitigation measures have been given the go-ahead by officials at Epping Forest District Council, paving the way for the development to start.

In a report submitted to the council, ecologist Simon Thomas said: 'In order to allow for construction and landscaping to take place, the habitats within the working footprint will need to be cleared. 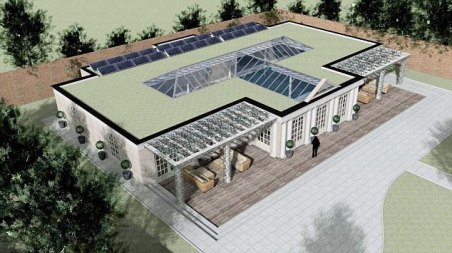 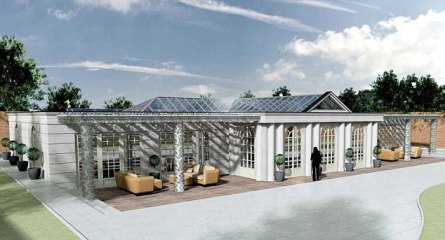 The impact of this will be the destruction of terrestrial habitat within the working footprint, and potentially harm to great crested newts occupying those habitats.

'Construction works are also likely to create temporary habitats such as rubble piles and excavations, which could become occupied by newts during construction. 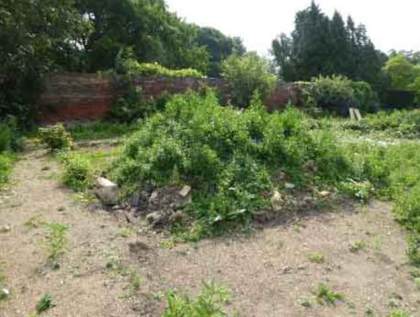 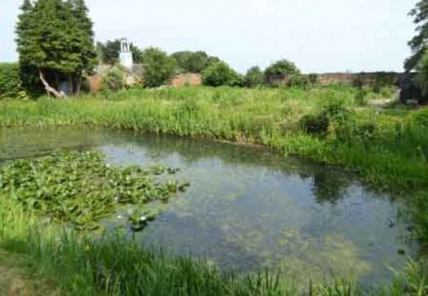 Those found guilty of disturbing great crested newts without a licence face an unlimited fine and up to six months in prison.

But even with a licence moving a colony of newts away from the site of a development to a safe habitat can take months.

Sir Rod and his wife Penny Lancaster have told how Alastair has ambitions to compete for Great Britain at the Olympics and now they want to give him a home training base.

The pool was originally to be 65ft in length but the plans were later revised to make it 50ft. The pool house will also incorporate changing facilities, a bar, a spa pool and a dining area.

The singer bought the palatial 10-bedroom 18th century house on the edge of Epping Forest for £4.65 million in 2013 but only moved in last year.

Father-of-eight Rod told last year how he would like Alastair to be a footballer while Penny, 46, hopes he becomes a champion swimmer.

He said: 'He is a great swimmer. His Mum loves swimming and wants him to be a champion swimmer.'

Penny, who also has a six-year-old son Aiden with Rod, said: 'Alastair is an amazing swimmer - he inherits that from my side - and gets up four times week at 5.30am to swim before school. His goal, he says, is to swim in the Olympics.'

Last year, Celtic fan Sir Rod was given permission to build a football pitch at his new home.

Rod Stewart will return to the Chile next February 18, 2018 to perform at the Movistar Arena , in a show in which he goes through all his musical stages

Rod Stewart will be in Budapest January 29th 2018

Sir Rod Stewart tells talkSPORT: 'If Celtic get into the last 16 of the Champions League, I might just change my hairstyle!'

Celtic kick off their Champions League campaign on Tuesday night and one of their most famous fans - Sir Rod Stewart - couldn't resist the chance to share his thoughts with Jim White ahead of their clash with Paris Saint-Germain.

The music legend, who will be at Celtic Park tonight, phoned into the show and said the Hoops have nothing to lose against the big-spending French side.

He also promised to change his famous spiky hairstyle if Brendan Rodgers' men make it through to the last 16! Listen to the interview here https://talksport.com/football/sir-rod-stewart-tells-talksport-if-celtic-get-last-16-champions-league-i-might-just-change

NEW ORLEANS - Endymion 2018 is drawing big stars to the carnival krewe's signature after party in the Mercedes-Benz Superdome.

British rock legend Rod Stewart and American superstar Jason Derulo will each take to the stage during the Endymion Extravaganza, which kicks off just after the massive parade finishes rolling on February 10, 2018.

Endymion founder and captain Ed Muniz made the announcement this morning at Mardi Gras World.

"I have been a Rod Stewart my fan my whole life," Munoz said.  "We're the same age."

Endymion rolls on the Saturday before Mardi Gras every year, starting with what organizers bill as the country's largest block party on the Orleans Avenue neutral ground in Mid City.

During the Extravaganza, Late Show with Stephen Colbert bandleader and New Orleans native Jon Batiste will also perform, along with local favorites the Topcats, Groovy 7, and the Bucktown Allstars.

Rockstar Rod Stewart has defended Everton star Wayne Rooney after the 31-year-old was charged with drink driving and was found to have been cheating on his wife during the weekend.

Stewart is known to be an ardent fan of Scottish giants Celtic and recently sang at an event which celebrated the 50th anniversary of the club winning the European Cup.

The 72 year old Stewart is known to be a big fan of football and once had a full sized football pitch at his mansion in Essex.

“This is not the first time that he has been accused of infidelity or been involved in a controversy and at his age, one could have really expected better.”

Stewart himself was known to be a womanizer during his younger days though he now appears to have changed his ways as he is celebrating his tenth wedding anniversary with wife Penny Lancaster.