Emerson Swinford talks to The RSFC about his new CD

May, 2016 I didn't initially set out to "make a record," rather it just evolved into one. I've always written, recorded and produced for TV, movies, and artists like Rod, so I thought I'd work up a few instrumental tracks just for a fun side project. (Some of these tunes even evolved out of tracks I'd initially written to pitch to Rod for Another Country.) My main goal was to write and record with no commercial aspirations or obligation to stay within a particular genre. Just going with whatever idea seemed good and was inspiring to me. As things evolved, the idea of doing a complete album became more obvious. But an entire record of just instrumental music seemed a bit constricting and I really like writing songs with lyrics. So I found myself writing all sorts of different songs. The problem was I don't really consider myself a "lead singer" so my dilemma became hire a bunch of singers that I would need to suit the various songs (and hope I like what they do!) or sing the songs myself. After a bit of experimentation with the first approach I decided to take a shot at singing my own songs. It's definitely out of my comfort zone but I feel like at least it's honest and helps to keep a common thread throughout the album. I enjoyed playing the many different instruments on the record and I am very grateful to have so many amazing friends that were willing to lend their considerable talents! Most are from the band including Dave Palmer, Lucy Woodward, J'Anna Jacoby and one Kevin Savigar! Also Jenny Karr, Lucy's friend. I'm also blessed with a supportive wife, Sarah who encouraged me and always gave me her honest opinion. Thanks for listening to my music. Hope you enjoy it! -Emerson 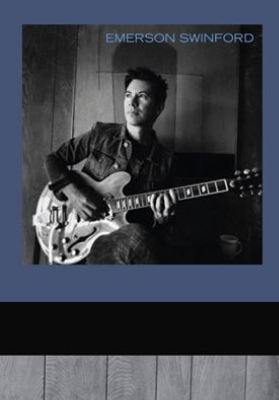 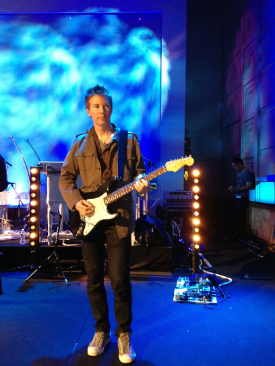 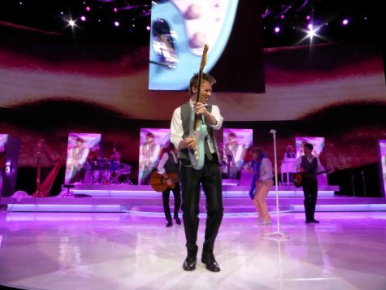 Emerson Swinford talks with RSFC about his background and his role with Rod Stewart. 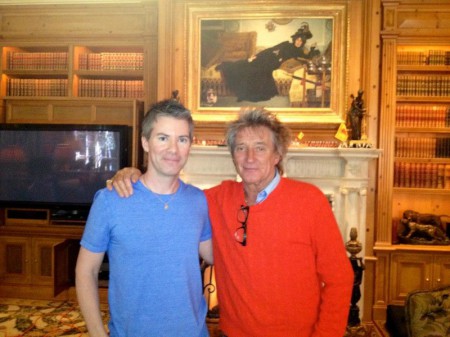 I'm a Chicago native but have lived and worked in Los Angeles for 20+ years, playing guitar in bands, session work and writing songs, even composing music for TV shows. I've known and worked with Kevin Savigar for over ten years. I played on some of his songwriting demos that he was writing with Rod last year...and one thing led to another and I ended up playing guitar and doing some writing on the new record. It's been an incredible honor! And being asked to do the tour is just beyond amazing for me. To be on the same stage with Rod, playing his music...just doesn't get any better!!

I will be with Rod wherever he and the band tour. I can say my connection to Rod all came through my dear friend Kevin Savigar, former keyboardist for Rod and now co-producer with Rod on Time. Kevin and I have worked together for years and he had me play on demos which led to working and even writing on the record. My respect for Rod as a producer is great. He is not just a great singer songwriter, but knows every aspect of recording, writing, producing and the actual playing each instrument. He is a very wise, intelligent and intuitive man. He knows when to direct and when to let things flow, and that is a rare gift, a sort of yin and yang type thing. I feel so lucky to be involved with this album and tour. 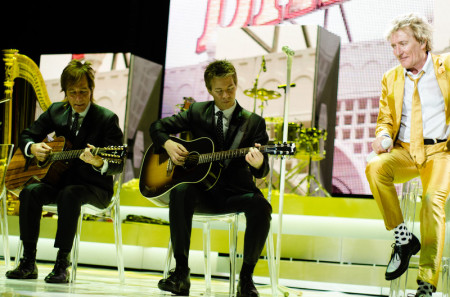