Hundreds of Rod Stewart fans descended on the Black Country this weekend as part of an annual celebration. 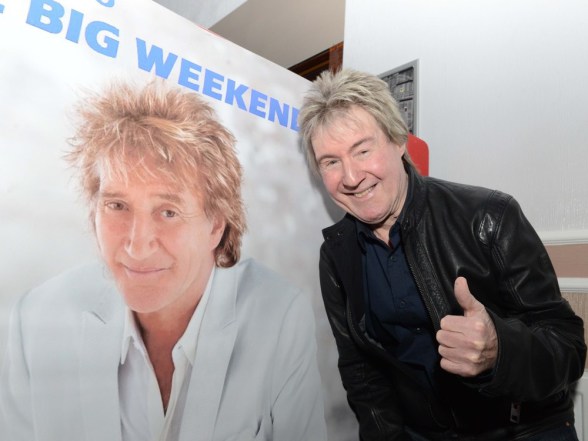 And people travelled from as far away as America to attend the latest Sir Rod Stewart Fan Club event in Walsall.

Fans filled the Bonser Suite at Banks's Stadium for the Big Weekend event, which marked the ninth year the celebration has been held in the town – having previously been held in Blackpool.

Rod Stewart music blasted out on speakers next to memorabilia from the pop legend – including a stage-worn orange shirt. 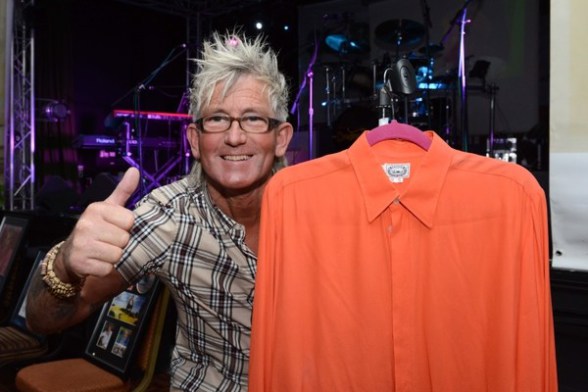 Gordon Tranter, from Dudley, with one of Rod Stewart's shirts

“We’ve been coming for about six years. It’s brilliant and we all go to the concerts as well.

“He's got fans all over the country and we’ve been to seven concerts - and we’re going to one in June at Molineux.

“I enjoy it every time I’m here and everyone’s friendly and they only go for one thing.

“You see them over the years and they become friends. 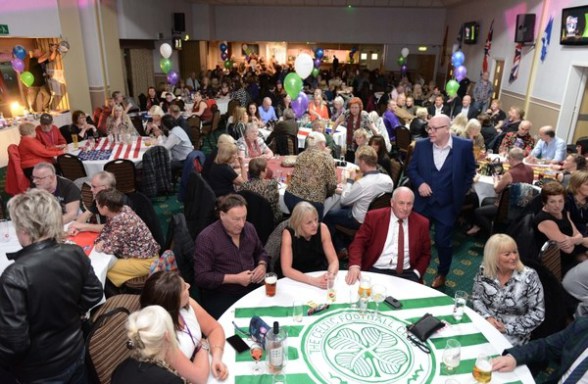 “I’ve made a lot of friendships.

“I came with about eight friends - they're from the local area.

“We’ve got a friend who does a tribute and we support him as well."

The 55-year-old said he would “definitely” come back next year.

Paola Fonzetti, 65, travelled from the south of Italy to the meeting along with Annette Vecchi, 59.

The pair, who met through Facebook, met up in Italy and travelled to see the fan club together.

Annette Vecchi said: “I met her on Facebook and we travelled from Italy together. I’ve been coming for a few years and she wanted to come.

“Rod keeps us young. One of the titles of his songs is Forever Young and I was 14 when I first heard it.

“Paola got the train overnight to where I live in Bologna and then we fly over to Manchester and travel here – there’s a lot of travelling.

“She lives down the South and I live in the North. 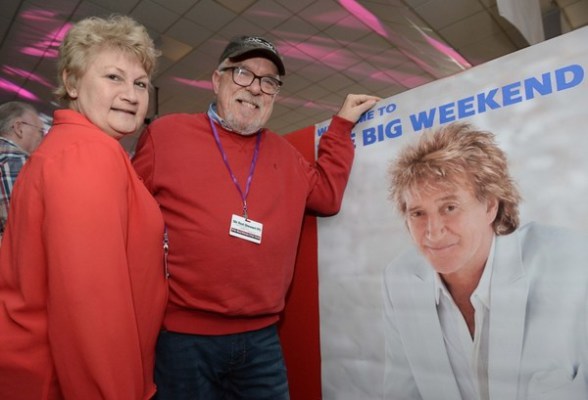 “It's to do with the atmosphere and making new and old friends.

“We’ve got one common interest which is Rod Stewart.”

The three-day event got underway with live bands, including Midlands-based The Facez with Rod tribute Garry Pease fronting the band.

Elizabeth Klaes, 66, who came from Luxembourg, said: “I come every year and I came last minute. I’m here and I’m glad I’m here. I travelled far.

“Here it's like the same as when I go to a Rod concert – I like meeting people before and after the concert.

Jim Cregan, who was Rod's musical director from 1976-1986 and an original member of his first solo group, performed with his band on Saturday.

'It gets better and better every year'

Antony Brown , 38, travelled down from Leicester to the event with his son – nine-year-old Jed Brown.

“It’s our third year now. We met somebody about four years ago at a Rod concert and they introduced us to the fan club.

“It’s brilliant and it gets better and better every year and everyone is here for the same reason.

The weekend wound down with a Scottish-themed fancy dress event and disco. 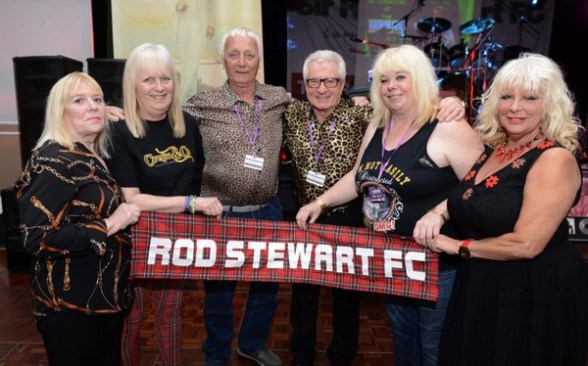 Rod Stewart tribute act Stan Terry, 60, originally from south London, said: “I got invited to sing at the first year about 20 years ago in Blackpool in a pub hotel and I’ve been invited back every year and that’s how it’s been - every year and I’ve never missed one.

“I’ve been performing every year.”

Gill Westegren, 62, travelled from just outside of Wigan, said: “I travelled down on my own because I knew I’ve got my friends here.

“I come here every year. They will be my sixth one.

“First and foremost, it's about the Rod music, the chance to wear tartan and leopard print and we’ve got something to talk about.

“I’ll be coming back next year.”

Ms Cady is a patron of the fan club.

Richard and Jill Beigh, both of retirement age, had travelled all the way from America to visit – over an eight hour journey.

Jill said: “This is the second time we’ve been here for the Big Weekend. This time it was through the club and part of a drive up to Scotland. 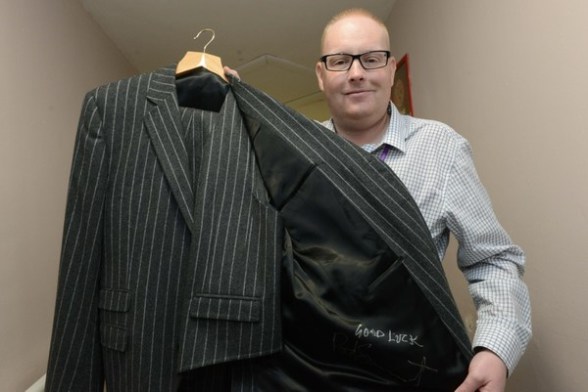 Organiser Dave Reddy with one of Rod Stewart's signed suits

“We come because of the music and the fans, who are so devoted.

“We’ve made some new friends – maybe if we're in Europe again.

“You never know if we will be back.

Since 2002, the event has raised more than £130,000 for charity – with proceeds this year going to the Make a Wish foundation. 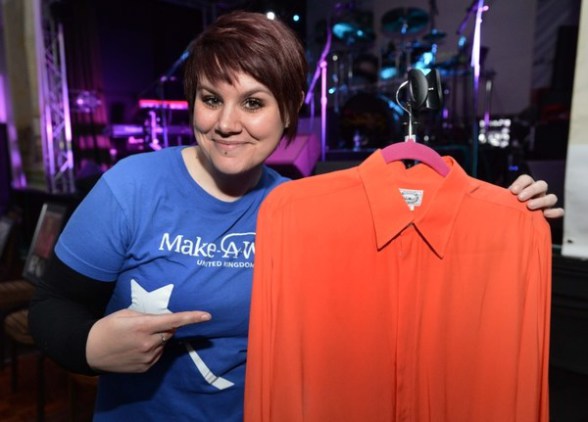 Nikki Wrench, 34, regional fundraising manager for Make a Wish from Stoke, said: “For us, this is huge. We got quite a lot of good relationships with corporates but it’s important we’ve got a lot of community support and that’s what will help us grant wishes.

“It’s something so local in the West Midlands and this is one of the biggest events we've been to.

“It’s fantastic and whatever they raise that will help us to grant wishes.”