The Celtic-daft rocker, 76, and his model wife, 50, are enjoying a glitzy holiday in Cannes on the French Riveria as they took to Instagram to document their travels. 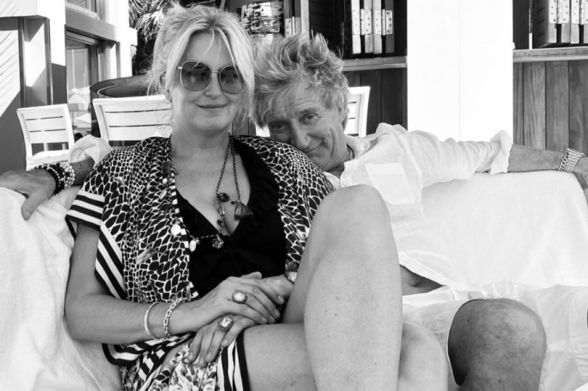 Sir Rod Stewart and wife Penny Lancaster jetted off on another glamorous getaway as the couple cosied up for a holiday snap.

The Celtic-daft rocker, 76, and his model wife, 50, are enjoying a glitzy holiday in Cannes on the French Riveria as they took to Instagram to document their travels.

Penny posted a sweet and intimate black and white photo with her husband of 14 years as the pair cosied up to each other in a lounge area underneath a parasol.

The duo posted the snap from the luxury five star Carlton Hotel in Cannes, which lies on the famous Boulevard de la Croisette. 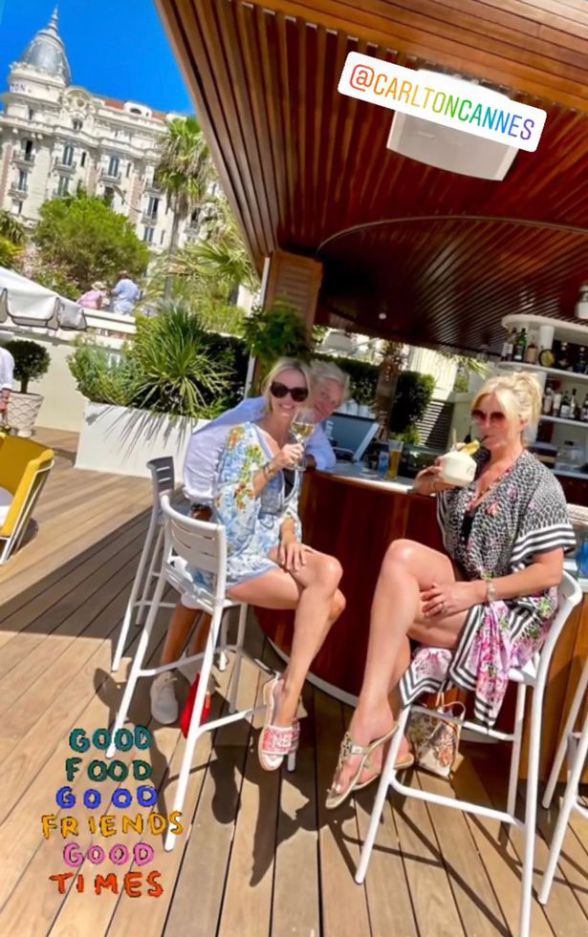 Clearly loving her time in the sun, the model posted another snap at a beachfront bar and another walking a picturesque cobbled street.

The couple have been no stranger to sun-drenched holidays this year, after chartered a private jet to head to a private resort in Portugal 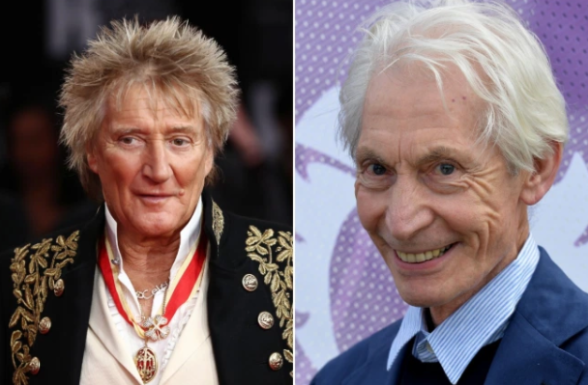 The rocker, 76, paid his respects to Watts, who was a key member of the legendary band since it started out in the early 1960s.

Watts passed away yesterday, aged 80, having pulled out of the Stones' US tour.

The decision followed an unspecified medical procedure which Watts underwent just weeks prior.

Sir Rod is among a string of stars to pay tribute to Watt, including Elton John, Paul McCartney, Ringo Starr and his long-time bandmate Mick Jagger.

The Maggie May singer took to social media to pay his respects to Watts, who is considered one of the greatest drummers of all time.

In a post on his Instagram page, emotional Sir Rod wrote: "I always told the drummers in my band to listen to Charlie Watts #neverforgotten."

The post has attracted nearly 500 comments and more than 26,000 likes from supportive fans.

Rockstar Rod Stewart looked spruce on Friday night as he stepped out following an evening at The Arts Club in Mayfair.

Rod, 76, cut a dapper figure in a navy embellished blazer, which was quite the statement look with gold metallic detailing.

Underneath, he wore a plain white shirt teamed with smart black trousers. The father-of-eight was later spotted getting into a taxi with a friend following the night out at the members-only social club.

The venue dates back to 1863 and is for anyone interested in arts, science and literature.