ROD STEWART spoke to Express.co.uk about how he spent lockdown producing new music ahead of his album release this year.

Since starting out in the music industry at the tender age of 17 by taking up busking with a harmonica, Sir Rod Stewart - who was knighted in the 2016 Birthday Honours for services to music and charity - has gone onto be one of the best musicians of all time. Express.co.uk spoke to the singer-songwriter about the past year and how it has affected him - like others in his industry - by not being able to perform and interact with fans. But Rod explained how he has used the time wisely - writing “lots and lots of songs”, so fans are in luck as it seems new music is on the way shortly.

When asked whether he would ever give up on music, Rod focused on his future plans, which is a way of saying he will be creating music for many more years to come.

“My new album is finished and in the can and will be released this year,” he told Express.co.uk.

“That was one positive that came down from the pandemic -- I knuckled down and wrote lots and lots of songs and enjoyed every moment.”

This will be another album to add the 30-odd others.

Penny joined Lorraine today to talk about becoming a special constable in the police but her interview was crashed by her Celtic mad husband.

Read the full article and watch the video here 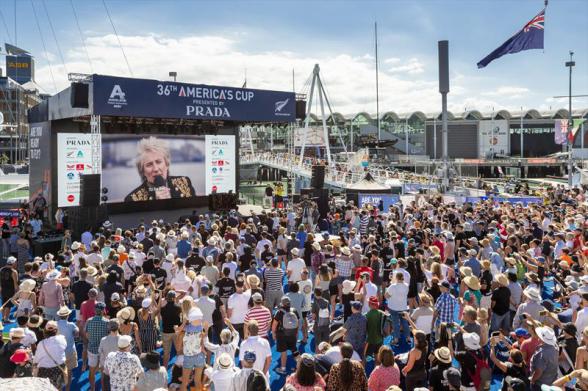 Thousands of New Zealanders have joined British rock icon, Rod Stewart in a nationwide singalong of his hit song, Sailing, to send a message of togetherness to the world.

The Rock the Dock campaign saw Sir Rod Stewart perform a powerful and emotive rendition of his iconic song Sailing, from a boat on the Thames in London, with the pre-recorded performance beamed onto the Te Wero big screen in Auckland, New Zealand's America's Cup Village, and broadcast by official programming partner, TVNZ.

Liam Mcgrandles
is with
Barry Frame
and
Fiona McGrandles
.
Very excited to share this!!
A duet with Rod Stewart. This is "Grace"
Massive thanks to Rod. An absolute legend.
And to Barry Frame for playing lead guitar and mixing/ editing. Enjoy folks!! Rod Stewart 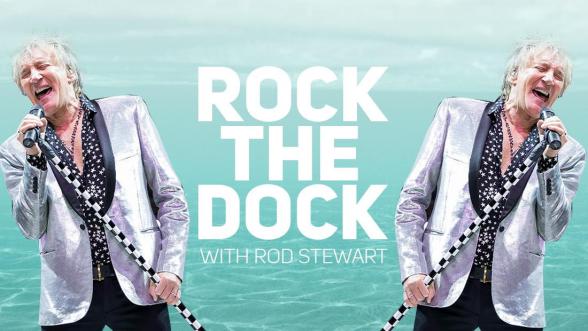 Kiwis can slip on their lucky red socks and their leopard skin pants as they prepare to sing along with rock icon Rod Stewart as part of the America’s Cup festivities.

Stewart, 76, released a video message encouraging people to join him in a sing-along of his hit song Sailing that will be shared with the world.

The evergreen rocker will perform the song on Saturday, March 13, as part of Rock the Dock, provided Auckland is back at alert level 1 by then.

But before anyone gets their hopes up that he might appear in person, it should be made clear he will be performing from lockdown in London.

The recorded performance, part of the pomp the America’s Cup, will be beamed onto the Te Wero big screen in Auckland’s America’s Cup Village.

Dropping a “kia ora” in his video message previewing the event, Stewart said he had a “weak spot” for New Zealand, where two of his children are from.

“It’s absolutely wonderful that the boat race is going ahead” he said.

Kia ora and hello to my Kiwi friends!

In honor of the 36th America's Cup, we’re taking a moment before the opening race for a sing along.

It's a tune called ‘Sailing’, and I'm looking for some back-up singers.

The Sailing singer, 76, spent a fortune carefully moving the toy railway, which is his pride and joy, as he relocated.

It will have travelled approximately 5,454 miles from Los Angeles to Essex.

A source close to the star said: “It’s no secret Rod is mad keen on his model railway. He treats them like the crown jewels. “He’s managed to sort them being transferred from his Los Angeles home to his Essex home to great expense.”

Another added: “The kids go to school in the UK and he wants to see them grow up so wants to spend more time here.”

Rod started his train set 28 years ago with one of the layouts called Grand Street and Three Rivers City, based on an American city in the Forties spanning 1,500 sq ft.