RSFC: Don firstly can I say thank you for taking the time to speak to us! You played with Rod from 1991- 1996 how did you land the job with Rod?

Don: Thank you for asking, I really appreciate this.

I was working on a record for Michael McDermott, with Don Gehman producing (John Mellencamp, Bruce Hornsby, Tracy Chapman, etc.) Kevin Savigar came in to do some B3 organ tracks right after I had done some fiddle and mandolin tracks. Kevin went to a recording session with Rod after that, that very same night, and Rod asked him if he knew anyone who played fiddle and mandolin. Kevin told him “I just worked with a great guy!”

Not long after that, I received a call from Rod’s tour manager, asking if I was available to do some sessions, and that is how it started. . . there are many stories about what happened between the recording sessions and the tours but I don’t have enough room here to tell them all.

RSFC: What was it like to do Unplugged And Seated? .

Don: The Unplugged was like a dream filled with faces and moments that are still too big for me to process, realistically. I still have many “Rod Dreams” and almost all of the time I wake like I just came down off a trapeze. The biggest memory that stands out for me is when Rod stood up and pointed me out during Reason To Believe, but that’s only second place to when he stole my banjo. 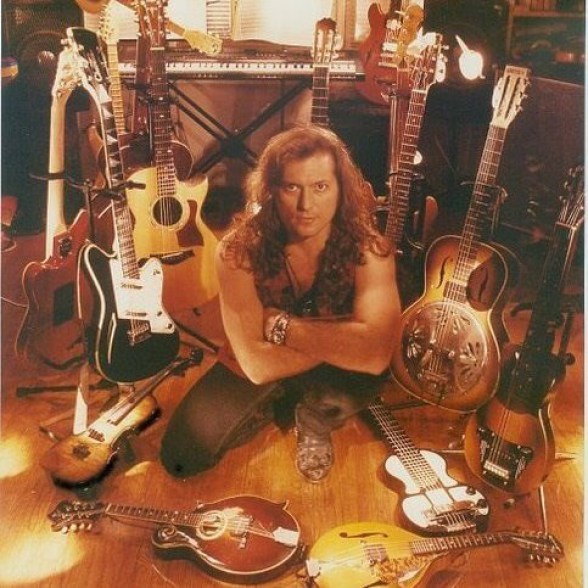 RSFC: You played the world’s biggest stadiums/arena’s what is your most memorable gig?

Don: Wow, there were so many. Wembley Stadium. . . the crowd was singing so loud that we were having trouble hearing ourselves even though we had in-ear monitors. Rod and I ended up right next to each other for “You’re In My Heart.” I was overwhelmed, and tears started to flow hearing everyone, so many voices, singing his words. He put his arm around me, and when I looked at him, I noticed he was crying too.

Sometime later I asked him what was his favorite moment of that tour, and he described that same moment. I felt so connected to him, it was really special.

RSFC: Would that also be your most memorable moment with Rod or do you have others to share with us?

Don: So many. Here’s one. After the Wembley Stadium show, I bumped into Jeff Beck in one of the hospitality tents. I asked if he wanted to come up to the dressing room to say hello, but he acted a bit shy about it, “Can I bring my wife?” he asked. I said,  “Of course!” When I brought them to Rod’s dressing room he was so excited to see Jeff and said “ Oy Jeff! Come on in!” It felt wonderful to bring these two greats together again! 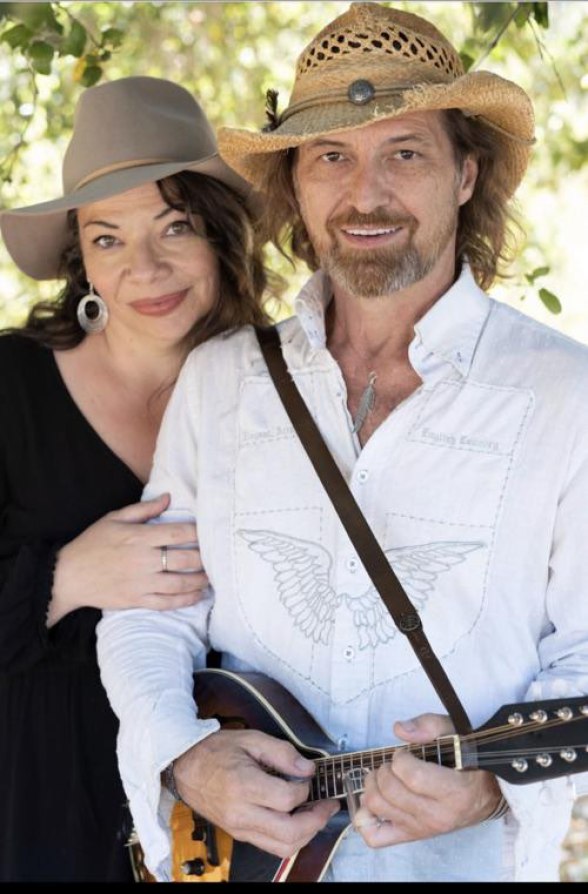 RSFC: As well as Rod you have played with Stan Ridgeway, Elton John, and Pat Benatar. Please can you tell the RSFC who else you have worked with over the years?

Right after the first tour with Rod, I put together a band for my original music called Don Teschner and the WaterDawgs, because it was time for me to have an outlet for my own songwriting. . . I have spent many years being a multi-instrumentalist on many recordings and live shows, and also doing sound engineering. It feels great to still do this work with other outstanding musicians, and also get my own songs out into the world.

RSFC: You have done some solo projects in the past, which people can get on Bandcamp, Spotify, CD Baby, and Reverbnation. Please tell us about SwampFunkBlues?

Don: The first record was called SwampRockBlues, on which I played all the instruments, and I engineered and produced it myself. The next one was SwampFunkBlues. On this one I had the honor of having in my band - Matt Tecu, (Jacob Dylan’s drummer,) Lou Castro, (the great blues player,) on some bass tracks, and many others. We played out and did a lot of shows around Southern California, with Phil Parlapiano, Carson Cohen, and Chet Dixon.

I called this band the “Don Teschner and the WaterDawgs.”

I am still using that name for the band - Don Teschner and the WaterDawgs, and have recently been re-energized and re-focused on my own music, after meeting Nina Shyne (my girl, manager, booking agent and backup/dual lead vocalist,) moving to Montana (while still keeping a home in Topanga, Ca.,) and with a bunch of new and never before played live songs and a wonderful local band, we are gigging all the time. We are mostly playing around Montana, and we had some shows booked in L.A., tours in Pennsylvania and Ojai, Ca., and also had a TV series in L.A.  we were both going to work on, when the recent Covid-19 situation reared its ugly head, sending us back to Montana, where we are now focusing on finishing our recording/rehearsal studio and starting to record a whole new batch of songs. 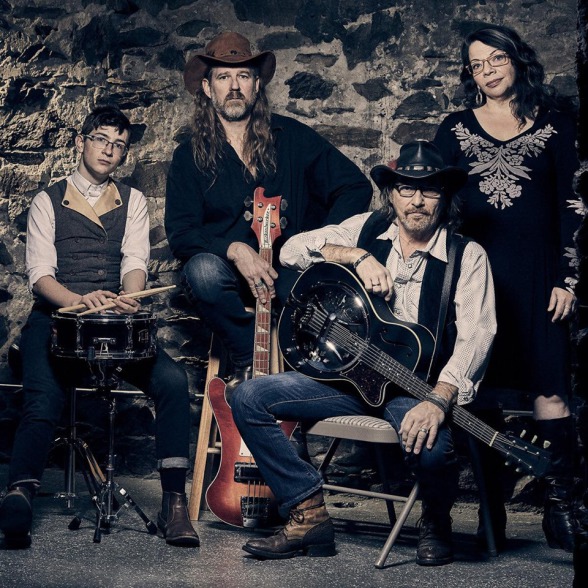 RSFC: Do you plan to do some gigs and where can our US members get tickets from?

Don: Yes. Please follow us on Facebook at Don Teschner and the WaterDawgs, or on Instagram @donteschnerofficial. Also on FB  we are doing livestream music festivals during the lockdown, so please follow SequesterFest Livestreaming Music Festivals on Facebook to see myself and many of my talented friends play for you, while we cannot play live shows. On my Facebook page, I often post videos from the Rod years, and current videos of gigs.

RSFC: You’re known for playing violin, fiddle, guitar & mandolin. Do you play any other instruments?

Don: As we speak I am learning 5 string banjo, and have resurrected an old viola. I also play bass, (fretted, fretless, and upright,) slide guitars of all sorts, lap steel, pedal steel, harmonica, octave mandolin. I also consider the mixing board a musical instrument.

RSFC: Away from music what does Don like to do in his down time, do you have any hobbies?

Don: Lately I’ve been enjoying the repair and modification of all my instruments. They have been working so hard for me and they deserve lots of TLC.

I also like to play hockey from time to time. I was varsity goaltender for Penn State University.

Also we just got a new kitten to add to the menagerie. She loves sleeping on the speaker in the studio.

RSFC: Where can our members keep up to date on what your doing -  do you have a website?

RSFC: On behalf of the RSFC team I would like to thank once again for taking the time out to speak to us and once the world is moving again, we look forward to following you stay safe.

Thank you! You too!