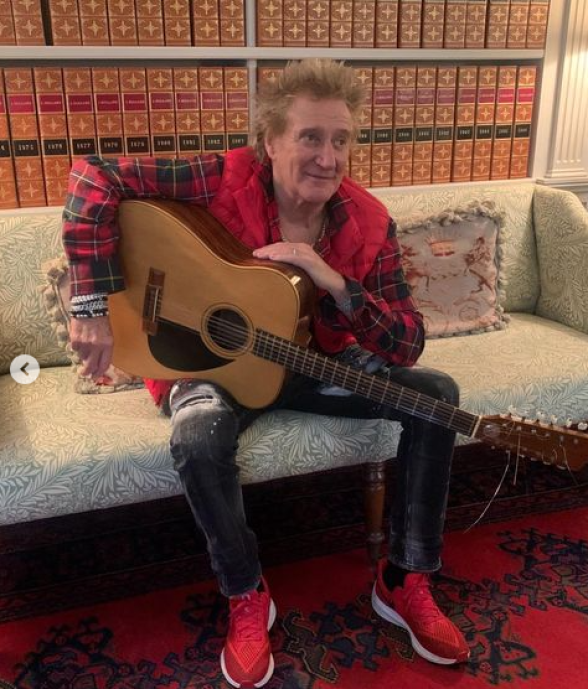 Is Rod Stewart's new £200,000 Ferrari too small for his 6ft wife Penny Lancaster?

As a dedicated sports car lover, Rod Stewart probably gave no thought to turning up to his son's football match in a shiny – but tiny – new motor.

But it seems his new £200,000 Ferrari left room for improvement for his 6ft wife Penny Lancaster, 50, who drove their son Aiden, ten, to the game in a separate car.

Sir Rod, who celebrated his 77th birthday last week, turned heads as he popped to the match in Essex in his two-seater white F8 Tributo. 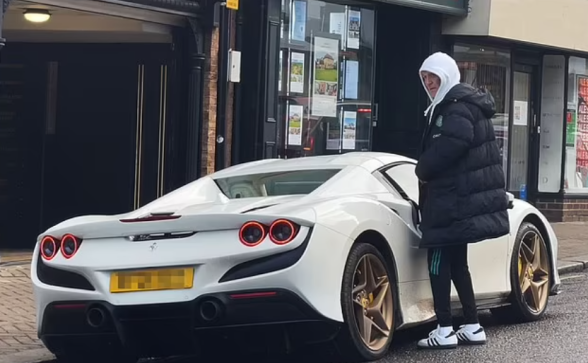 With only one spare seat in her husband's car, Miss Lancaster got behind the wheel of a white Mercedes AMG G63 worth £160,000 – with a little more room for her model frame.

Sir Rod, who gives away three inches to his 6ft 1in wife, wrapped up from the cold in a black puffer jacket over a white Celtic jumper.

Aiden was in his team's football kit – matching the Celtic colours. 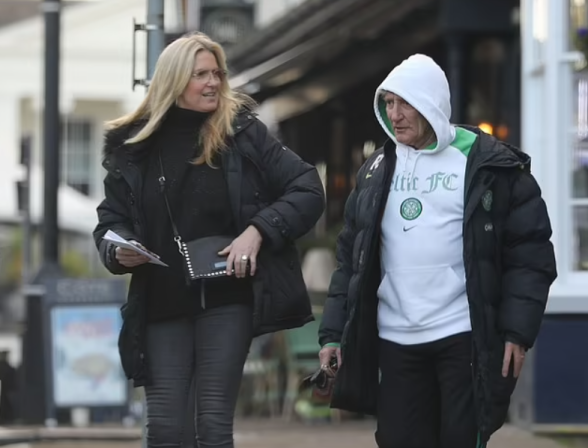 Sir Rod Stewart’s upcoming Australian and New Zealand tour, including “A Day on the Green”, has been cancelled and Sir Rod is not happy about it. The Live Nation statement reads:

Live Nation wishes to advise that due to the ongoing surge of Covid in Australia and the reimposition of entertainment venue capacity limits in several states, Sir Rod Stewart’s scheduled March/April tour of Australia and New Zealand has, regrettably, been cancelled.

The Australian portion of the tour was set to kick-off on March 12 in Perth and end with “A Day on the Green” dates in Queensland on April 2-3. Stewart was slated to play Forsyth Barr Stadium in Dunedin, NZ on April 6 with two shows on April 9-10 at Hawke’s Bay Mission Estate Winery.

Aotearoa’s ongoing travel and quarantine restrictions, inclusive of the border being closed to international travelers until April 30, makes hitting these tour spots impossible.

“I feel we’ve all been cheated by this evil disease. It is with great regret that I announce my shows for 2022 have had to be cancelled. My thoughts are with all your families at this difficult time as we come out of the joyous and hopefully safe holiday season and I look forward to returning as soon as the health situation permits. I’m absolutely gutted with disappointment and when I do eventually get there we’ll have the party to end all parties. Guaranteed!”

All ticketholders will receive an automatic refund to the credit card used to purchase their tickets.

Happy Birthday @rodstewart
I hope you had the best day! ??? pic.twitter.com/aNefK7tohQ