Penny Lancaster, 51, puts on a leggy display in a black mini dress as she and dapper husband Rod Stewart, 77, leave their New York hotel hand-in-hand

Model Penny, 51, showcased her endless legs in a black mini dress which she wore beneath a smart black coat with a gold chain trim.

Rocker Rod, 77, meanwhile looked dapper as always in a sharp black suit which he matched with a coordinating overcoat. It's not known where they were headed, but the pair have been enjoying the sights of New York, with Rod sharing a black and white snap of himself posing in front of the city's skyline

Penny Lancaster nails country chic to ring in her 51st birthday with a VERY playful Rod Stewart, 77, at day one of the Cheltenham Festival 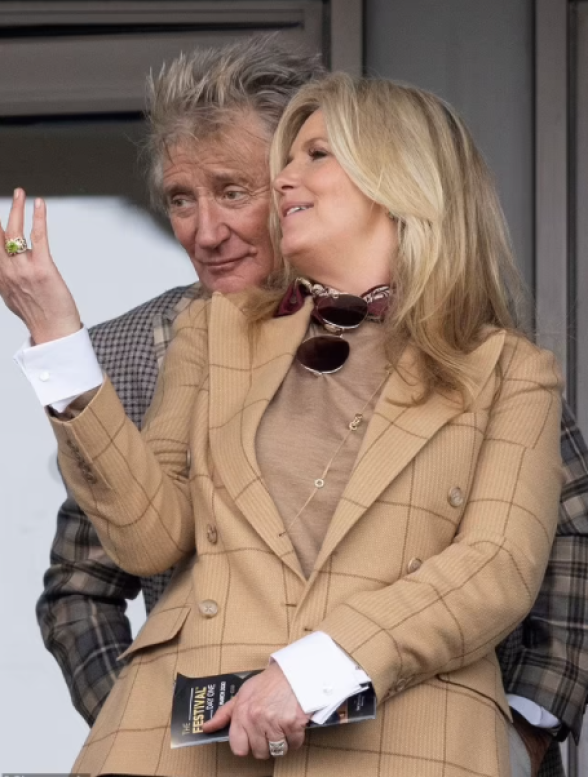 Sir Rod Stewart has stunned fans after sharing videos to social media filling in the potholes near his house.

The Hoops mad singer wore his Celtic FC trackies and high vis vest, telling fans the road was so bad an ambulance had burst a tyre and his Ferrari was unable to drive through.

The Do Ya Think I'm Sexy singer is surrounded by men with shovels in high vis jackets helping him fix the road.

Despite being a random update from the 76-year-old singer, fans praised Rod for looking after his community.

One wrote: "Well done Rod . Can you do all the other sh**** roads in Harlow too that have potholes xxxx"

"Awesome. Those holes were terrible. Thank you Rod," another praised.

YOU DON'T WEAR IT WELL 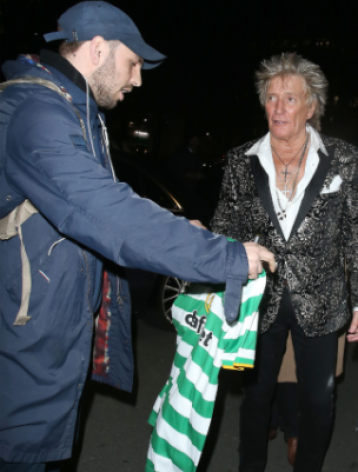 ROD STEWART refused to sign an autograph hunter’s Celtic top – because he didn’t think he was a proper fan.

He was approached by a man holding a Celtic shirt with the singer’s name on the back looking for a signature.

But Stewart quizzed his knowledge by asking him who the Hoops captain was.

And when the man struggled to come up with an answer, the rocker wouldn’t sign the shirt and carried on into a waiting car.

One eyewitness revealed what took place. 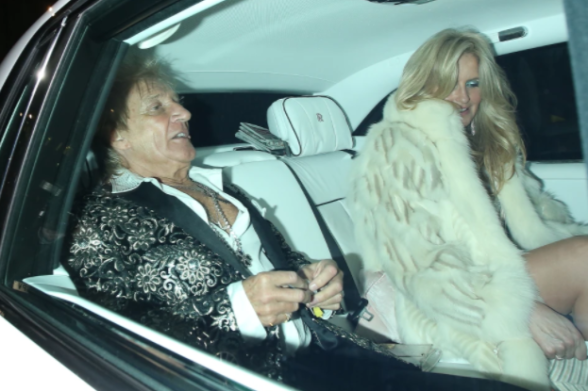 He said: "Rod got into a disagreement with an autograph hunter who wanted him to sign a Celtic shirt with One Rod Stewart written on the back.

"But Rod decided to question the guy about who he supported.

"And when he said "Celtic" Rod asked him who the club captain was.

"The guy wasn't able to tell him so Rod just told him to jog on and got into the car and left.

Rod Stewart, 77, is dapper in an embroidered blazer while Penny Lancaster, 50, flashes her legs in a silver mini dress at Annabel's '70s themed 4th anniversary party

Rod Stewart and Penny Lancaster pulled out all the stops on Thursday night as they attended Annabel's 70s themed fourth anniversary party.

The rocker, 77, cut a dapper figure in an embroiled blazer while his special constable wife, 50, put on a very leggy display in a silver sequinned mini dress at the bash which payed homage to the iconic Studio 54 nightclub.

The star-studded bash celebrates Annabel's fourth year at their 46 Berkeley Square address, with the private members' club doing their own take on Studio 54 with their Studio 46 party - which is also raising money to support the Ukrainian crisis. 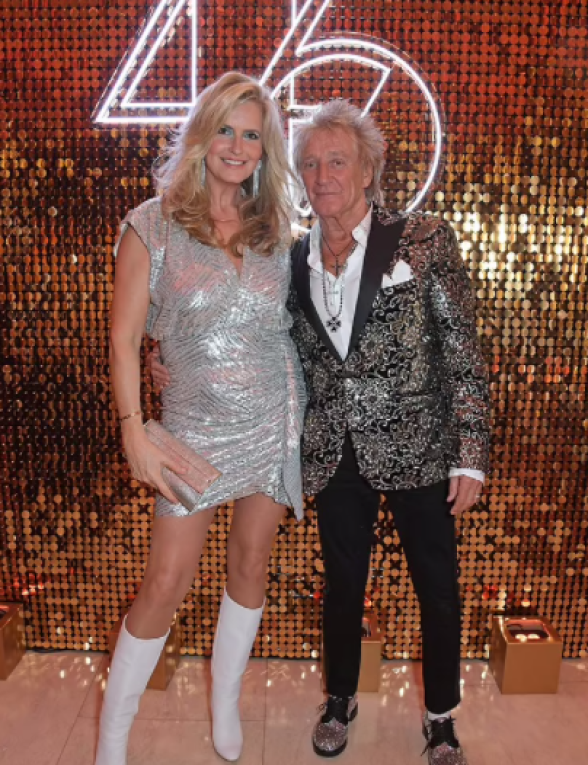 Penny had also earlier arrived covered up in an extravagant white fur coat which she soon whipped off to pose for the cameras.

The stunner rounded off her show-stopping look with voluminously blow-dried locks and a glam palette of make-up including shimmering blue eye-shadow.

The A-list couple were certainly having a grand time at their favourite haunt as they rubbed shoulders with the likes of Naomi Campbell and newly-wed Edward Enninful.

Supermodel Naomi looked stunning in a dragon patterned maxi dress with sheer sleeves, while Edward was smart in an all-black ensemble.

How to watch Rod Stewart in a live concert with AARP on March 25! 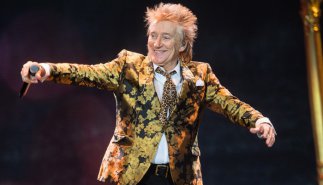 Few stars have embodied the cliché of sex, drugs and rock ’n’ roll with more gusto and good humor than Rod Stewart, famed for such hits as “Maggie May,” “Reason to Believe” and “Do Ya Think I’m Sexy?” There’s never been a dull moment for Roderick David Stewart, 77, who began busking with a harmonica in 1962, exploded to stardom with his third solo album, Every Picture Tells a Story, in 1971, and released his 32nd studio album, The Tears of Hercules, in November.

On Friday, March 25, at 8 p.m. ET, Stewart will perform LIVE in concert as part of AARP’s three-day AARP Celebrates You! virtual festival. (Find out how to join the free event here.)