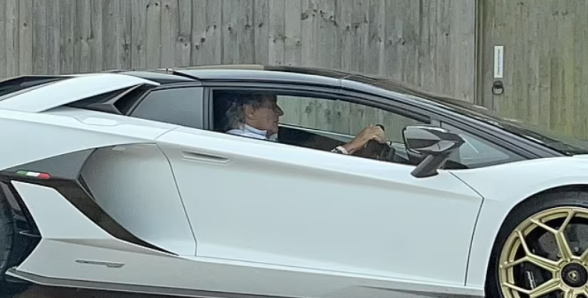 He was forced to undergo knee replacement surgery nearly two years ago, after sustaining an injury while playing football.

And spotted driving for the first time since having the operation in January 2020, Rod Stewart, 76, was seen swinging by a local cafe in Essex for a spot of breakfast in a lavish super car.

Earlier this month, Rod headed out in his luxury white Lamborghini, that comes with a cool price tag of £290,000, as he met wife Penny Lancaster, 50, for an early breakfast date. 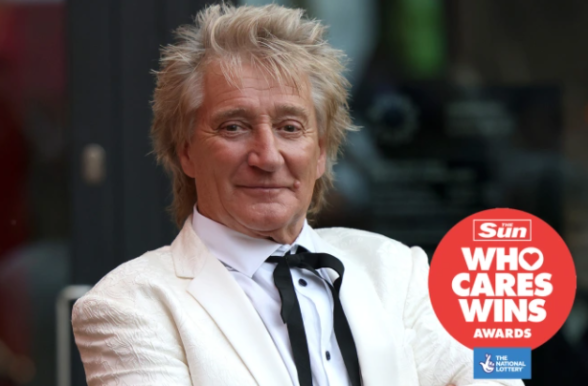 SIR Rod Stewart said he would happily pitch in more taxes - if it meant NHS staff were paid more.

The singer called on the government to raise the wage of vital health heroes when he attended The Sun’s Who Cares Wins Awards.

Stewart said: “Hopefully the government will put the percentage of money up for them.

"They need more than a one or two per cent pay rise. I’d happily pay more taxes to give them a proper wage.

“Where would we be without them?”

NHS staff have only had a three per cent pay rise from the Government, which Unison claims doesn’t ensure staff get the living wage.

The union claims it only extends the gap between the top and bottom paid workers on the NHS payroll and branded the move from the government unacceptable.

Rod’s wife Penny Lancaster, who was a judge for the awards, echoed his sentiments as she hailed the incredible efforts of medics throughout the pandemic. 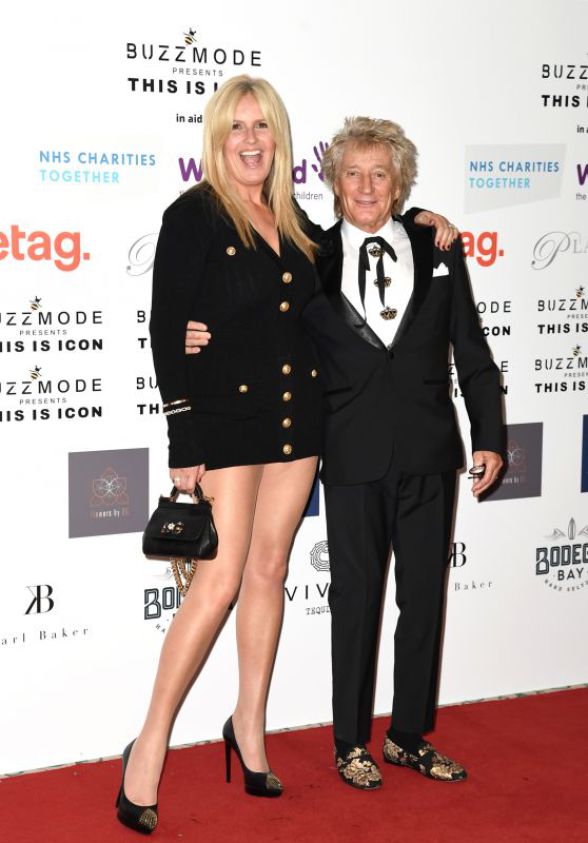 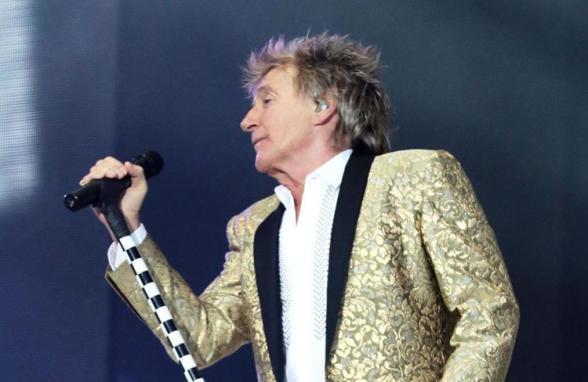 The 76-year-old singer is one of the best-selling music artists of all time, having sold over 250 million records worldwide - but he still likes to do his shopping on the high street.

The London-born star - who is married to 50-year-old model Penny Lancaster - told The Sun newspaper's Bizarre column: "I love Zara. I love the cut of their clothes. I can just grab trousers and a jacket and put it on and it looks good."

The 'Maggie May' hitmaker has made millions during his music career, but previously confessed that he's "never happy with what [he's] got".

He explained: "I love change, I need it. I change everything – my old ladies, cars, everything. See, it's because I'm never happy with what I've got. I always want something better.

"It's like I always want the music to be better, and the records to be better. You've got to be honest with yourself and I'm being honest when I say I always need something more all the time."

Rod - who has been married to Penny since 2007 - also confessed to being a "materialist at heart".

He shared: "I suppose people think I've got everything I want. In a way I have. But I'm not that bad, I never forget the people that put me there ... Of course I'm still a materialist at heart.

"I haven't set myself a lifestyle I've got to have for the rest of my life because I realize things can go wrong. I mean, something's bound to happen pretty soon. I've been too lucky. I've been a golden boy for too long." 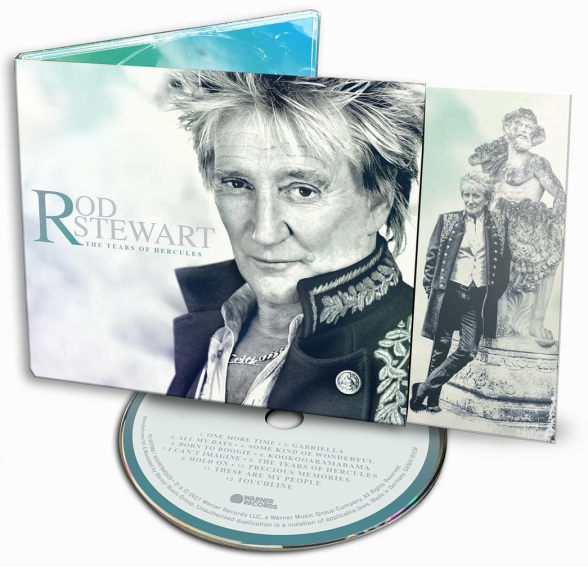 Rod Stewart, 76, busts a move with wife Penny Lancaster, 50 - after it was revealed he'll avoid jail time for punching a security guard on NYE

Rod Stewart, 76, and wife Penny Lancaster, 50, were in the mood for dancing on Tuesday as they busted out a couple of moves at the Who Cares Wins awards.

The couple seemed in great spirits as they hit the red carpet at the Camden Roundhouse in London, with Rod giving his other half a twirl.

It was no wonder the rocker was feeling jovial, as the outing came just days after he reached a deal to avoid jail time after a security guard scandal in Florida on New Year's Eve. Put on your dancing shoes! Rod Stewart, 76, and wife Penny Lancaster, 50, were in the mood for dancing on Tuesday as they busted out a couple of moves at the Who Cares Wins awards

Rod Stewart and his son Sean will avoid jail time and a potentially embarrassing trial that was set to start Tuesday for their role in a New Year's Eve fight at an upscale Palm Beach resort.

DailyMail.com can exclusively reveal that Sir Rod's legal team reached a deal with prosecutors this week where Stewart and son are expected to plead no contest to the charge of simple battery.

The father and son were charged with one misdemeanor count each after feisty 76-year-old Rod was caught on surveillance cameras at The Breakers Palm Beach throwing a punch at a security guard with Sean stepping into the tussle the night of December 31, 2019. 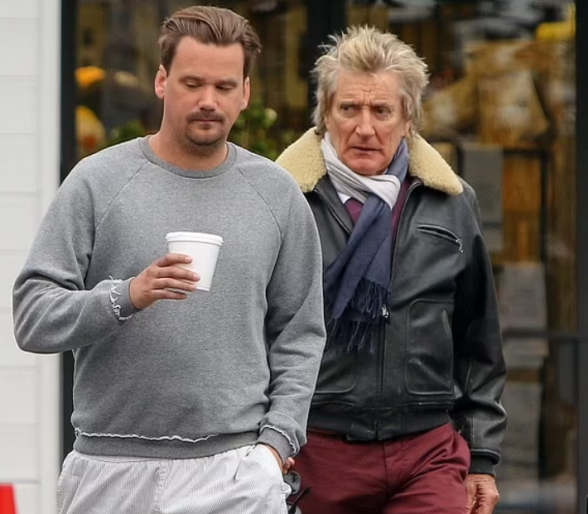 In exchange for their plea, the singer and his 40-year-old son escape a conviction, criminal record and time behind bars, said their attorney Guy Fronstin.

The trial scheduled for Tuesday was canceled, according to court papers.

Instead, Judge August Bonavita is expected to sign off on the deal on October 22 and close the case. Neither Stewart nor his son are mandated to appear.

'A resolution that's acceptable to all parties has been reached,' Fronstin said. 'It will result in no jail time for both my clients.'

The Stewarts were facing the possibility of spending up to one year in Palm Beach County's jail.That prospect, Fronstin said, would have provided no benefit to society.'He's a first-time offender,' said Fronstin, 'It's just silly to send him to jail.'

Besides, Fronstin said, added security and other accommodations in his incarceration would have resulted in extra costs to the community.

Fronstin added probation for Stewart and his son, a period when they'd be mandated to stay out of trouble or sent to jail, could be a part of the deal but has yet to be negotiated.

Palm Beach County State Attorney Dave Aronberg said: 'Our mission is to uphold the law, regardless of socio-economic or celebrity status. My prosecutors based their decisions in this case, as all other cases, solely on the facts and the law.'

Palm Beach County's justice system tends to be forgiving with offenders who were never convicted before.

Many benefit from a program called 'deferred prosecution,' where charges are dismissed if the accused follow probation-like conditions for six months.

The footage shows the incident occurred seconds after the singer of Stay With Me and Tonight's The Night mocked the security guard who prevented access to the Stewart clan, including wife Penny Lancaster along with their two boys, 15-year-old Alastair and Aiden, 9, to an outdoor playground.

Stewart even performed what appeared to be a Hitler salute with his right arm extended above his head while fingers of his left hand made a Hitler-style moustache.

The father and son were arrested and briefly jailed.

'The civil issue has been resolved – a full agreement has been made,' Dixon's lawyer Gawayne Kelly said.  'My client is going to sign the appropriate documentation to allow the prosecutor to enter whatever agreement they want to with Mr. Stewart.'

The owner said it was 'extremely surreal' 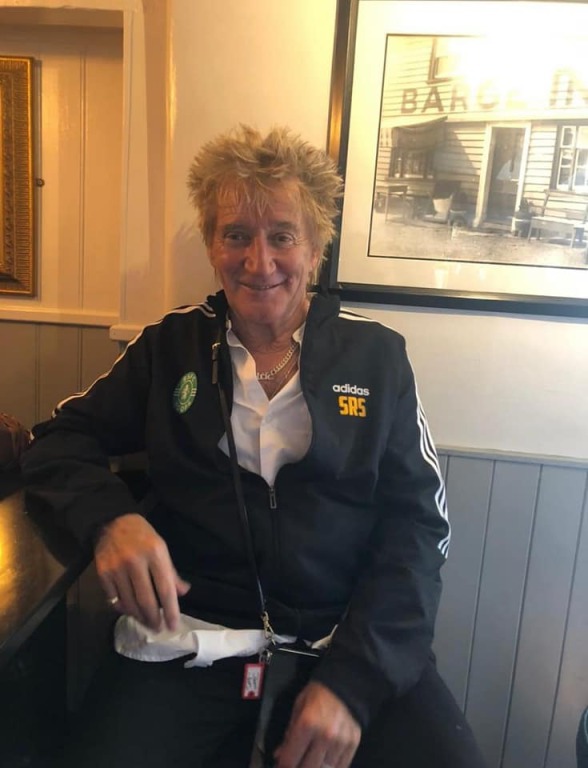 The owner of an Essex pub has shared the moment superstar British singer Rod Stewart walked into his pub for lunch.

Sir Rod Stewart was photographed by staff at the Barge Inn in Battlesbridge as he tucked into his lunch on Sunday (September 5).

He reportedly arrived at the pub with his wife Penny Lancaster along with another friend and agreed to pose for a photo when a pub supervisor asked: "Are you who we think you are?"

David Ripo, owner of the pub, said his staff were over the moon with Sir Rod coming to visit.

The 63-year-old said: "It came out of the blue, he was out on a bit of a walk around the area, and around the antiques store in Battlesbridge.

"He said he had heard good things about the Barge.

"Grace Perkins, our supervisor, served him and said to him 'Are you who we think you are', and he said 'I think so'.

"She asked if we could have a photo with him. He said no due to Covid but he said we could take a photo of him.

"They were here for about an hour and they left in their new white Bentley."

The pub shared the image of Sir Rod on their Facebook page, describing him as a "true gentlemen" and a "legend".

Mr Ripo has thanked Sir Rod for attending and said he is welcome back any time.

He added: "It was extremely surreal. I wasn't here, it was my day off, but my staff had a wonderful experience, they all made sure they had a look.

"But he was really fantastic and absolutely normal for a multi-millionaire. For a world class performer he was so nice.

"We've had different people come down here - the Antiques Roadshow have been down here but no one as famous as him before.

"I sent him a tweet saying if he comes back I'll buy him a pint." 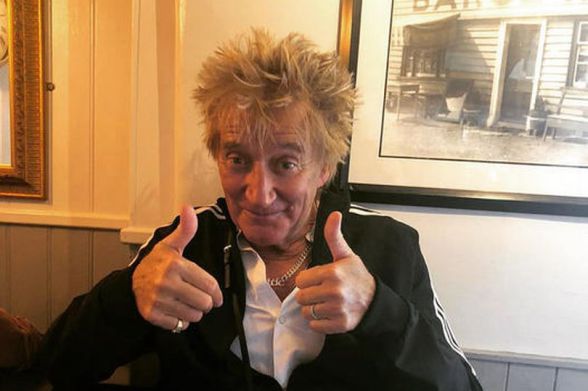 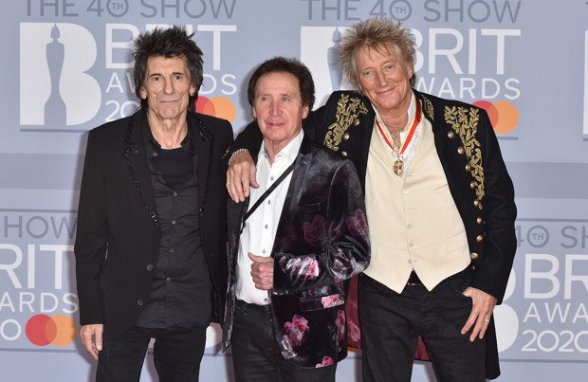 Kenney Jones says the Faces have recorded 14 tracks since reuniting.

It was revealed in the summer that the reformed 'Stay With Me' rockers – drummer Kenney, guitarist Ronnie Wood and singer Sir Rod Stewart – were back in the studio laying down music, and now Kenney has revealed that the fresh material is a mix of unearthed previously unreleased songs and new material that they have written.

Speaking exclusively to BANG Showbiz, he said: "We've done about 14 songs, it's a mixture of stuff we never released which is worthy of releasing and there's some new stuff which is really wonderful. Rod is writing the lyrics and he's really keen on it."

Kenney has also spilled on the Faces' live plans, revealing that the band intend to play several massive shows and are eyeing up venues such as The O2 in London and New York's Maddison Square Garden.

He added: "Whether or not we're going to go on a big extended tour remains to be seen. What we have decided is to do some really big gigs like The O2, Maddison Square Garden, some other big venues in America,

"Nothing elaborate on stage, just bring back The Faces live."

Before he drummed in the Faces, Kenney was a member of the Small Faces along with Steve Marriott, Ronnie Lane and Jimmy Winston, with Ian McLagan replacing Winston as the band's keyboardist in 1966.

He has just released 'Small Faces – Live 1966', the earliest live Small Faces concert recording, on his own label Nice Records.

And Kenney has been trawling his musical archive for other lost gems, and he says between him and Ronnie Wood they have discovered almost 100 lost songs.