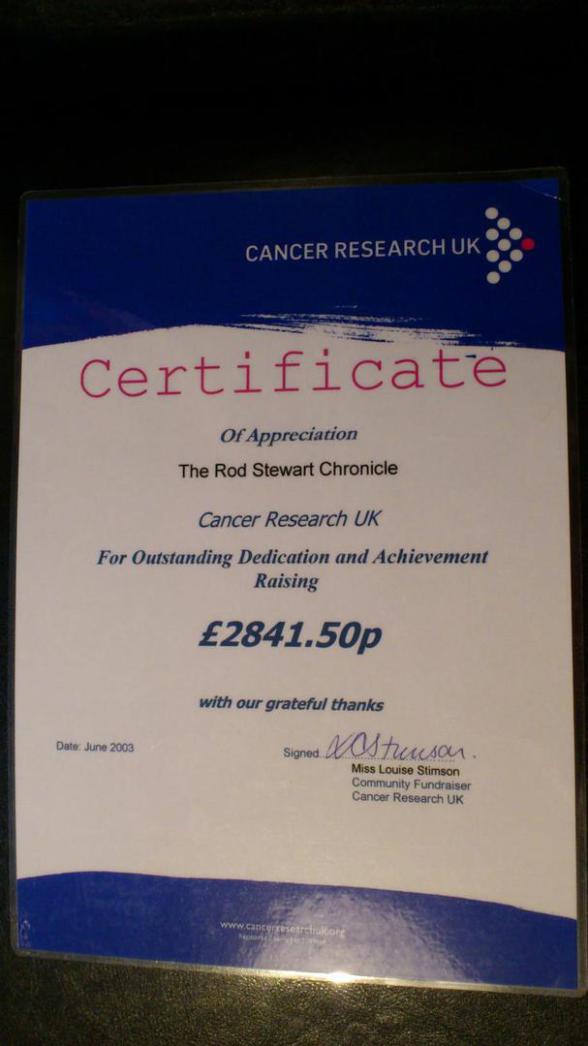 C-R-Y was our chosen charity at TBW in 2013. Cardiac Risk in the Young, preventing young sudden cardiac deaths through awareness, screening and research, and supporting affected families. This fetched in a generous amount of £8,034. Janet Elizabeth scooped the prize of the weekend, winning an auction bid for a stage jacket worn and signed by Rod, and in Helen's prize draw, John Stables won a box full of goodies donated by Big Weekenders who themselves were put into a draw in which my ticket came out of the hat to claim the prize.