Though he was in the music business since the early 1960s, it wasn’t until 1971 that Rod Stewart would be a household name. And it would begin with his third album, Every Picture Tells a Story.

Released in May 1971, it was his first album where Stewart alone would be at the helm, after co-producing his first two solo albums with Lou Reizner. Most of the songs on the track listing were covers, all of which would display Stewart’s mixture of rock, soul, blues, folk and country. They include covers of the Temptations’ “(I Know) I’m Losing You,” Bob Dylan’s “Tomorrow Is a Long Time,” Tim Hardin’s “Reason to Believe” and the song that first made Elvis Presley famous, the Arthur Crudup-penned “That’s All Right.”
But there were also a few originals. They were the title track (written with Ronnie Wood), “Mandolin Wind,” and co-written with composer Martin Quittenton, the breakout single, “Maggie May,” which hit number one.

Every Picture Tells a Story was widely acclaimed by critics upon release, and became Stewart’s first number one album in the U.S. and U.K., knocking artists including Carole King, Deep Purple and John Lennon from the top. It would also go on to be certified platinum in America, and became Stewart’s biggest landmark album, going on to be included in both Rolling Stone’s list of 500 Greatest Albums of All Time (at number 172), and the book, 1001 Albums You Must Hear Before You 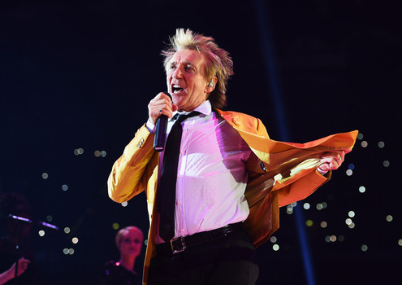 AN ARRAY of Scots celebrities are auctioning off their accessories in aid of charity.

The cash raised in the annual Loosen Up auction will be given to male cancer awareness charity Cahonas Scotland.

Rod Stewart has donated a signed Celtic FC tie, while Robert Carlyle has donated a tie he wore on the red carpet at the premier of the Legend of Barney Thomson in Edinburgh last year.

Outlander star Sam Heughan, an ambassador for the charity, has donated the tartan scarf worn in his role of Grand Marshal at New York Tartan Week Parade.

Bids have poured in for the scarf, with more than £6,000 pledged already.

Sam said: "I'm delighted to be joining a big group of generous celebrities by donating my scarf to support Cahonas Scotland and Testicular Cancer Awareness Month

"We are not only raising funds but we're also getting men to talk about Testicular Cancer and be open about it because it certainly is something guys don't really like to address or even think about."

Cahonas Scotland Founder and Chairman Ritchie Marshall said: "We would like to thank the many celebrities who have taken the time to engage with us, learn more about what we do and support Testicular Cancer Awareness Month."

The charity plans to use all cash raised to improve education, awareness and early diagnosis of Testicular Cancer. 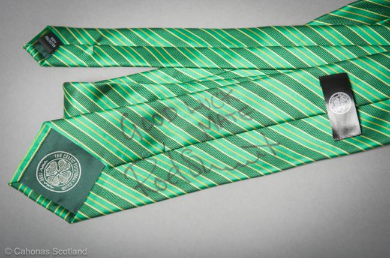 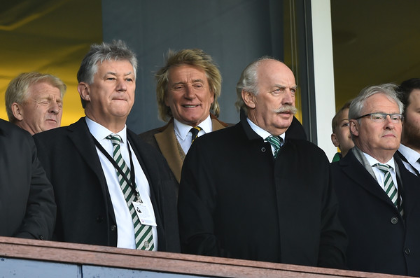 The RSFC in Las Vegas

The Fan Club has invaded Vegas...!

Hot on his (w)heels! Make-up free Penny Lancaster and husband Rod Stewart treat their young son Aiden to his first scooter during family day out

He may have welcomed five-year-old Aiden into the world later in life.

But Rod Stewart clearly hasn't lost his childlike taste for mischief as he treated his adorable son to his first scooter during a family stroll in Beverly Hills on Sunday.

The musician, 71, appeared in relaxed spirits as he walked along with his 45-year-old wife Penny Lancaster, who appeared to go make-up free and looked pretty in a floral dress. Penny was every inch the glamorous mother as she showcased her endless shapely legs in a short flirty dress which featured a floral print.

The Chelmsford-born model completed the casual ensemble with simple flip flops and a smattering of gold jewellery.

She shielded her peepers in a pair of mirrored aviators but appeared to go make-up free, showing off her naturally youthful complexion.

Styling her golden tresses in voluminous waves, the mother-of-one proudly watched on as Aiden sailed enthusiastically past on his new present - bought from Tom's Toys Meanwhile Rod, who has seven other children, looked serene as he strolled along the sun-drenched streets.

The Have You Ever Seen The Rain singer stayed true to his eclectic style, donning a liberally unbuttoned blue shirt tucked into frayed denim jeans.

He accessorized with a white trilby, studded crossover sandals and a selection of heavy-duty necklaces.