Fargo native Becca Kotte in the spotlight with Rod Stewart 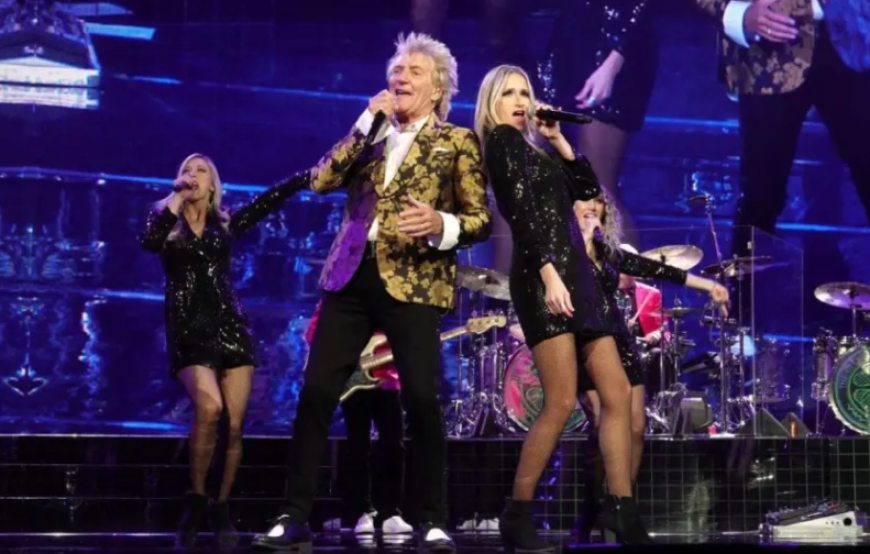 FARGO — Becca Kotte was looking forward to being home for the holidays, but COVID had other plans. The singer was supposed to perform with Kathie Brekke & 42nd Street Jazz Band on Thursday night, Dec. 23, at the Delta Hotels by Marriott Fargo, but after testing positive Monday night won't be returning home.

It's disappointing for Kotte, as the singer credits her Fargo roots for making her current job as a backup singer to rock icon Rod Stewart possible.

“We go way back,” Kotte says of Brekke. “Apparently, when I was 13 years old, I walked up to her at church and said, ‘I want you to teach me jazz and piano and voice.’”

Brekke did a good job. After going on to work in high school and Trollwood Performing Arts School productions, Kotte would study music and eventually get a role in a production of “Rock of Ages.”

Deciding to leave that steady job, she heard there was an opening as a backup singer in Stewart’s band. She auditioned with his musical director and another singer, which was filmed and sent to Stewart. Days later, she was offered the job.

“It’s been very cool to have a front-row seat, to be around someone who has had the life he has,” she says from her home in Los Angeles. “I never thought I’d be having dinner with Rod Stewart, hearing about life in the 1970s, hanging out with the Rolling Stones and Elton John. I often feel like I was born in the wrong decade. 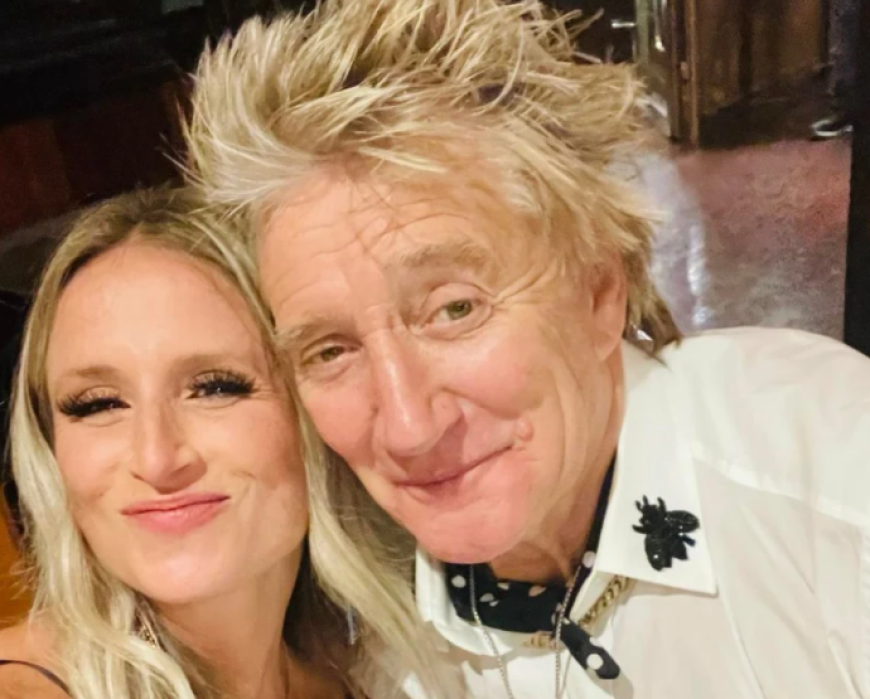 Of course, the shows came to an end in March 2020 when the coronavirus shut down live performances. And not just bigger shows like Stewart’s, but smaller ones that Kotte would pick up on the side — even wedding celebrations she was booked to perform in went away.

By the summer of 2020, she realized things weren’t opening up, so the 2005 Fargo South High School graduate came back home and set up camp at her family lake place. In 2020, Kotte was also invited to audition for "The Voice."

Things were better this year. Some jobs picked up and Kotte returned to the area again in the summer to teach at Trollwood Performing Arts School.

In October, she was right behind Stewart when he returned to the stage in Reno, followed by a three-week run in Las Vegas. The following month the Rock & Roll Hall of Famer released his 32nd studio album, “The Tears of Hercules,” and Kotte and crew did a promotional tour of television shows.

“It was a busy couple of months,” she says. “Emotions were flying. It was a roller coaster of emotions. Getting back onstage is electrifying. There’s no replacement for live music and theater. It was crazy.”

While the COVID shutdown was financially hard on Kotte, it was a different strain on Stewart.

“It was hard for him,” she says. “That man has so much energy and creativity pulsing through his veins. He started at such a young age, he really doesn’t know anything else. He has more energy than I do. It’s inspiring to see him still want to be creative. He could totally phone it in, take the paycheck and run, but he doesn’t. He continues to change the show up.” 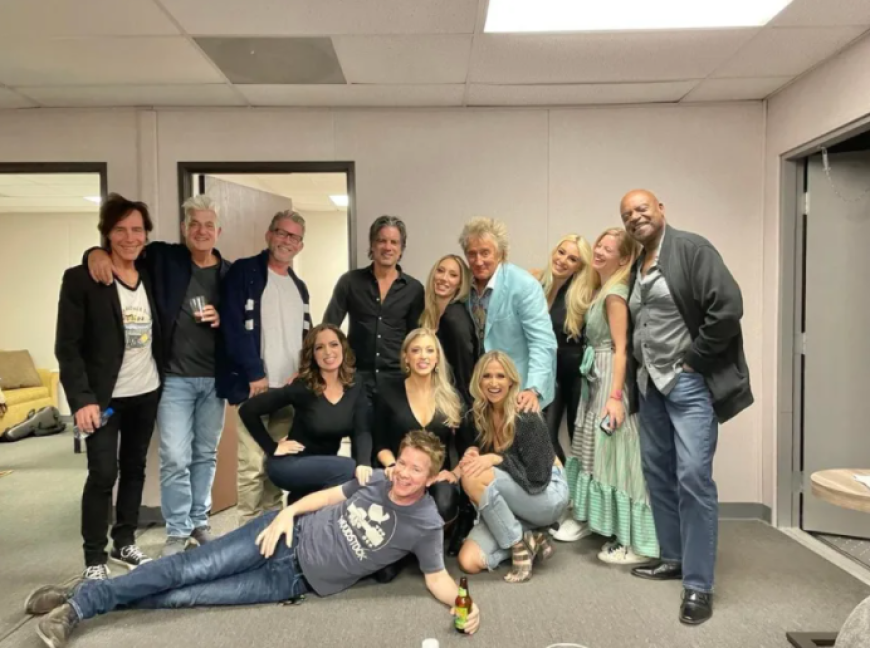 And for someone who will turn 77 on Jan. 10, he doesn’t show signs of slowing down.

Kotte gets a chance to show what she can do onstage when they duet on “It Takes Two,” a song Stewart and Tina Turner had a hit with in 1990. Still, she loves singing backup on his classic tunes. Singing “Every Picture Tells a Story” at the Santa Barbara Bowl was a highlight, as was “I’m Losing You” and The Faces’ “Ooh La La,” a song she sang in the car with her father growing up.

Still, her favourite moment is often when she’s not onstage. The background singers aren’t needed for “Maggie May” so she often stands side stage and watches the show, listening to the crowd sing along.

“It’s arguably one of the greatest songs of all time and I get to sit back and watch and listen and take it in. That’s when it’s real,” she says. “I sometimes forget who he is. He’s a rock star.”

So what does partying like a rock star mean when you’re in your mid-70s?

“It’s an ice cold bottle of chardonnay,” she says with a laugh. “We keep it pretty tame on the road, but we have fun.”

She knows she’s been fortunate to make a living as an artist for over a decade.

“I do realize I’m very lucky. That’s the dream, isn’t it? Being a musician as a full-time job is a blessing,” she says.

She’ll soon be expanding her workload, offering online vocal lessons to students, inspired by the arts education she received growing up.

“I’m so proud to be from Fargo. It’s the city that gave me the foundation to do what I’m doing,” she says. “We were exposed to the arts at such a young age, it was normal for us to go off and keep doing it. Everyone I know who went on to work in the arts is still doing it. We have that Midwestern work ethic and I think we’re nice and people want to work with nice people. Fargo is a cool little community.”