Elton John wants to put his bitter feud with Rod Stewart to bed.

The Rocketman singer, 73, hopes that he and the Maggie May star, 75, are able to put their rivalry aside and Elton wishes to make amends with Rod by sending the rocker a Christmas card.

Elton - who has been at loggerheads with Rod for years - shared his hopes to make up with Rod as "life's too short" during an interview with Howard Stern on US radio station Sirius FM.

"Rod and I have always had this kind of rivalry but it's always been very friendly and funny and I love him to death," Elton told them on air.

"If I saw him in the street I'd give him the biggest hug. There's no point in carrying on vendettas. Life's too short." 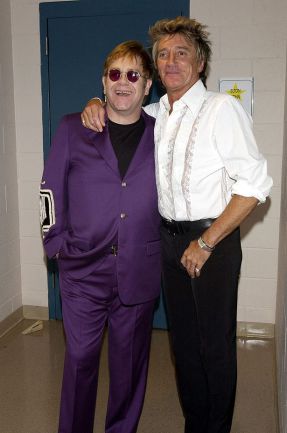 Mirror Online has contacted a rep for Elton for comment.

Elton's festive gesture is not the first time that one of the musicians has attempted to patch up their friendship.

Earlier this year Rod told Chris Evans, on the radio DJ's podcast, that an olive branch he handed Elton over the summer was ignored.

The Do Ya Think I'm Sexy? singer said that he had invited the star and his family to his home in Essex, where he has a football pitch in his grounds.

An anonymous bidder paid £18,000 for a meal at the Ritz with Sir Rod and his wife Penny Lancaster. 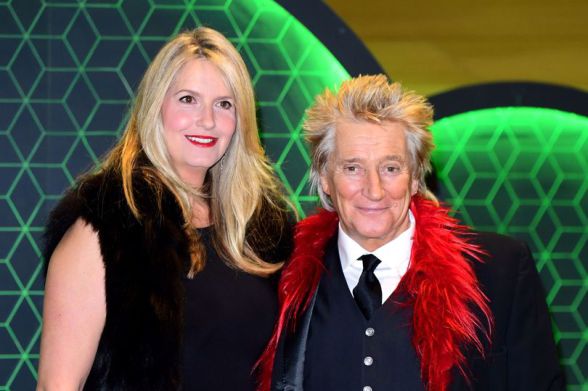 A Rod Stewart fan has bid £18,000 for the chance to have dinner with the rocker.

The pop legend is auctioning off the once-in-a-lifetime opportunity as part of a huge fundraiser for cancer charity Maggie’s.

An anonymous bidder currently tops the pile with the hammer due to come down on the auction at the end of this month.

The winner will be rewarded with an intimate dining experience at luxury London hotel The Ritz along with Celtic-mad Rod and wife Penny Lancaster.

It is part of a fundraising drive for the charity, which is based at Monklands Hospital in Airdrie.

Announcing the prize, Sir Rod, who has been treated for prostate cancer, said: “Maggie’s is an incredible charity which provides crucial practical, emotional and psychological support to people living with cancer – help which I know is needed now more than ever.

“Penny and I are delighted to be able to support the centre and we’re really looking forward to meeting the generous bidders and having a great evening with them.”

Stewart’s generous support and I can’t thank him enough. Everyone is incredibly excited he is supporting Maggie’s.”

Sir Rod Stewart says he was a mess of tears and joy as he watched his beloved Scotland qualify for their first major tournament in 22 years on Thursday night.

The rock and roll legend has supported his father’s nation and Glasgow giants Celtic since he was a boy, and he told talkSPORT of how he celebrated with his family as the boys in blue sealed their place at Euro 2020.

Steve Clarke’s side beat Serbia in a penalty shoot-out in Belgrade on Thursday night to end their long wait to reach a major tournament again, their first since the 1998 World Cup in France.

Their win also set up a mouth-watering clash against England, with the Auld Enemies drawn in the same group for next summer’s delayed competition.

But, in true Scottish fashion, supporters were put through the wringer by their team.

Sir Rod has admitted he ‘thought it was all over’ when Luka Jovic scored a 90th minute Serbian equaliser to force extra-time.

The Scots kept their cool from the spot, though, scoring all five penalties with goalkeeper David Marshall becoming the hero with a decisive save to deny Aleksandar Mitrovic.

The famous Scotland and Celtic fan joined talkSPORT host Jim White on Friday to react to the team’s remarkable achievement, and Sir Rod said: “What a night!

“I’m speechless, I must admit. I was sitting here with my two young boys and they had tears in their eyes when we scored.

“We were jumping all over each other, like I’m sure every household in Scotland was.

“When the late equaliser went in, I was thinking: ‘Here we go again, voodoo has struck us again’.

“How many times have we see that happen?! You look at the last time we played England when we drew 2-2, we should have won that 2-1 and we blew that in the last minute.

“I must admit, I thought it was all over… but you could see it in their eyes, you could tell they wanted it so much.”

Sir Rod also said he’s praying fans will be allowed back in stadiums by then, admitting he will do everything to join the Tartan Army at Wembley Stadium – even cancel his own wedding anniversary!

And, apparently, that was even his wife’s idea!

“I just hope and pray the Tartan Army will be at Wembley,” added the 75-year-old.

“It’s going to be humongous, it really is.

“I’ll tell you how important it is to our household: my wife, bless her, came in and said: ‘I’ve made all the arrangements, we’ll have to move our wedding anniversary celebrations, and wotsit’s birthday will have to change’, so she’s already been making the arrangements.

“I went to my first tournament to watch Scotland back in 1974 in Germany, when Billy Bremner should have scored against Brazil and put it round the post. I’ve been to every one since then, and it’s been a long, long wait since the last one in 1998.

Dinner with Rod Stewart up for auction for Maggie's cancer charity 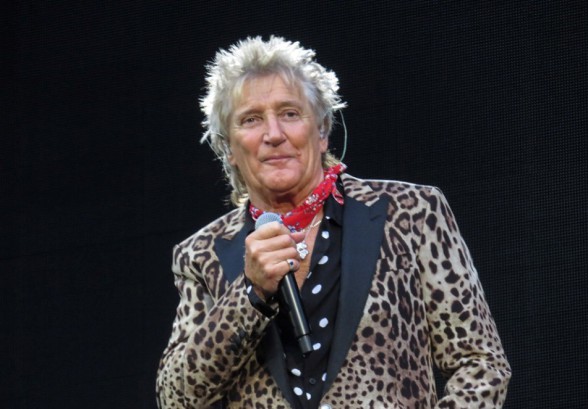 Rock legend Sir Rod Stewart is inviting a lucky fan to dinner – but only if they first donate to cancer support charity Maggie’s.

The once in a lifetime opportunity has been donated by the musical icon to be auctioned off as part of Maggie’s Lanarkshire’s Noel Online Auction to raise vital funds for the centre in the grounds of Monklands Hospital, Airdrie.

The generous donor and a pal will then join the music legend for an intimate dinner at The Ritz London with his wife, Penny Lancaster.

Sir Rod, who was been treated for prostate cancer, said: “Maggie’s is an incredible charity which provides crucial practical, emotional and psychological support to people living with cancer from across Great Britain – help which I know is needed now more than ever.

“Penny and I are delighted to be able to support the centre in Lanarkshire and we are really looking forward to meeting whoever the generous bidders are and having a great evening with them.”

To be in with a chance, head to Maggie's website.

Maggie’s relies almost entirely on voluntary donations to be able to offer high quality, professional support at its 23 centres, built in the grounds of NHS hospitals, across Great Britain.

The centres are open to see people by appointment and limited drop ins, for those who are visiting hospitals.  This support runs alongside our ongoing phone, email and digital support.

Maggie’s Chief Executive Laura Lee said: “We are absolutely blown away by Sir Rod Stewart’s generous support and I can’t thank him enough.

“Everyone is incredibly excited that he is supporting Maggie’s to help people with cancer in what has been the toughest year imaginable.

“I am sure there will be a lot of interest in the once in a lifetime opportunity to have dinner with Sir Rod Stewart, and his wife Penny, and the vital funds raised will go towards ensuring those living with cancer in Lanarkshire have the support they need at a time when they need it more than ever.”

SIR Rod Stewart is facing a battle over plans to install double glazing at his 18th Century mansion.

The singer wants to improve the heating at his luxury property in Harlow, Essex.

The 75- year- old has already had draught proofing work done to the single- pane sash windows and had shutters fitted.

He now wants to replace them with double glazed windows at the home he shares with wife Penny Lancaster.

The work requires planning permission from Epping Forest District Council because his home is a Grade II listed building.

However, the plans to winter- proof Durrington House have hit a snag after the council’s own conservation team objected to them.

They said that replacing the windows would be a “contentious intervention” to the building.

The council is due to make a decision on the application later this month.

The singer, 75, has had surgery on his ankle to straighten out the bones in his lower leg that he injured through years of playing football.

While touring is off the table thanks to the coronavirus pandemic, Rod has had his knee fixed.