The singer is alleged to have punched a security guard in the chest, after being refused entry to a private children's event. 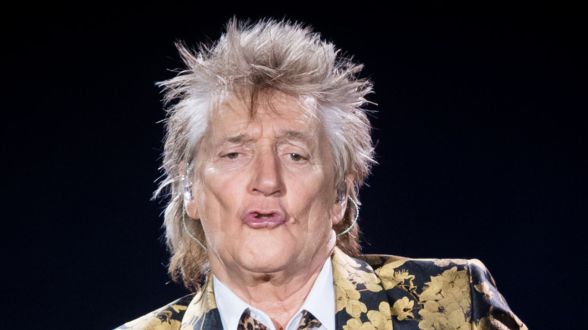 Sir Rod Stewart's assault case in Florida over a claim that he punched a security guard at a luxury hotel is unlikely to go to trial, a US court has heard.

The 75-year-old singer has been charged with simple battery, after allegedly punching Jesse Dixon in the chest at the Breakers Palm Beach Hotel on New Year's Eve.

His son, Sean, 40, has received the same charge after reportedly getting "nose to nose" with Mr Dixon during the dispute.

Both men have pleaded not guilty.

The alleged altercation is said to have occurred after Sir Rod and his family tried unsuccessfully to gain access to a private children's event at the five-star venue.

The pre-trial hearing, which had been postponed from February due to coronavirus, took place on Zoom.

Defence lawyer Guy Fronstin, who is representing both Sir Rod and his son, told Judge August Bonavita he has been in touch with prosecutors and the case is likely to be resolved before it reaches the trial stage.

He said: "We have been in communication with the state. We are asking for one more rollover for pre-trial.

"All indications are this is going to resolve without a trial but there's still some work to be done on it."

In his witness statement, Mr Dixon alleges he was "shoved backwards" by Sean Stewart as the argument at the check-in area escalated, after which he says he was "punched" by Sir Rod "in his left ribcage area".

Witness statements were also taken from two other members of hotel staff.

According to the Palm Beach Police arrest notice, hotel CCTV capturing the altercation was previously assessed by the arresting officer.

A previous hearing heard that the defence team is trying to locate a video in relation to the case. It is unclear whether this is the CCTV footage, or additional video footage.

Neither Sir Rod nor his son joined the Zoom call.

The next pre-trial hearing is set for Friday 4 December.

A signal that Rod Stewart is booking a return from LA? Singer is shipping his giant model railway – 124ft long and 23ft wide - back to his home in Essex

He has always had an eye for a model – and his relationship with this one has so far lasted longer than each of his three marriages.

Now Rod Stewart is sailing his model railway across the sea – to be near him in his Essex home.

The impeccably detailed layout, considered a masterpiece among enthusiasts, has taken decades to build and currently lives in the attic of the singer’s Los Angeles home.

But in the surest sign yet that Sir Rod is planning a permanent move back to the UK after 45 years stateside, The Mail on Sunday can reveal that it is being shipped back to his home soil. The 124ft-long, 23ft-wide miniature replica of a 1940s US city is to be dismantled for the journey and will be painstakingly put back together in his mansion in Sheering by the veteran singer and a team of craftsmen and women.

‘I am moving my model railroad from America over to here,’ confirms Sir Rod, who says his interest in model railways goes back to his childhood in North London.

‘It is all because my dad bought me a signal box and I was born across the railway tracks in Highgate,’ he adds.

The singer, 75, who has sold more than 250 million records and enjoyed massive hits with the likes of Sailing and Maggie May in a career spanning 59 years, started building the railway after moving to Beverly Hills in the 1990s.

It took him 23 years to complete and now includes 5ft skyscrapers, bridges, a rush-hour traffic scene, ‘transition era’ facilities for both steam and diesel traction, and a power station.

‘They say model railroads are never finished but this is finished,’ Sir Rod says. ‘When I completed it, I thought, “Jesus, what am I going to do now?” So it is all coming over and will be up and running after Christmas.’

'I am suffering': Rod Stewart, 75, reveals he has to undergo an ankle operation after having knee replacement surgery earlier this year

Sir Rod Stewart has revealed he is set to go under the knife once more as he has surgery to fix his ankle.

The rock star, 75, had knee replacement surgery in January and now needs his ankle to be fused after he was recently left struggling to walk.

Speaking to The Mirror, he said: 'First of all it was my knee as I played football all my life. I am suffering for it now. My knee got fixed with a replacement and then the ankle did not know what was going on.

'It was crooked. So I have had to have an ankle fusion. So when this is all done I should have a nice straight leg and I should be able to run.

My leg has been caused by playing on awful pitches in Los Angeles. They are bone dry.'

Rod Stewart is worried that any action taken to combat climate change wouldn't be enough to stop it.

Speaking to Chris Evans on the How to Wow podcast, Stewart said, "I think the good Lord is intent on wiping us all out, because we’ve spoiled the Earth. We’ve spoiled it. I think it’s too late to turn back now, I think global warming is going to spoil the Earth. We’re literally, I believe we’re too late. ... And now with that prick in the White House, pulling out of the Paris Accord, it’s terrible."

Stewart contrasted the mood during the coronavirus pandemic to that of Britain during World War II. He shared some wisdom from his 91-year-old sister, who told him that "when the air raids were finished, the siren would go off. Everybody would go to out in the streets and off to the pub if it was still standing, and go to the theater if it was still standing. With this, you can't. No, you just can't. We're gonna go into another lockdown again."

The singer's summer tour with Cheap Trick had to be postponed as a result of the pandemic. While he doesn't know when he'll be able to sing in front of an audience again, Stewart has a vision of returning to the stage by inviting fans to his Los Angeles home for a celebration rather than going out on the road.

ROD Stewart says Sir Elton John snubbed him when he tried to heal their ongoing rift.

Sir Rod, 75, claims he invited his former pal, 73, over for a game of football but was blanked. 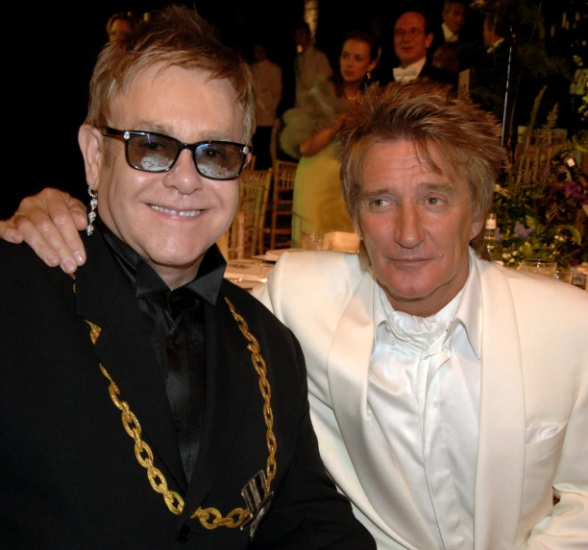 The Maggie May star said: “We don’t talk to each other anymore. Big falling out.”

He claimed Sir Elton “had the hump” last year after he said his retirement tour was “not rock ‘n’ roll”.

The I Don’t Want To Talk About It singer then invited dad-of-two Sir Elton and his family to his Essex home.

He told Chris Evans’ How To Wow podcast: “Last time I emailed him I said, ‘I’ve got this football pitch, would you like the boys to come up?

“You know, cos they both love football.”

He said he never replied which he found sad because they used to be “real close”.

He is likely to have angered Elton further by comparing his biopic Rocketman to cheesy musical Mamma Mia.