ROD Stewart has jetted off on a luxury holiday to Italy with his model wife, Penny Lancaster.

The legendary singer, 77, shared a series of snaps with his family as he flew to the incredibly exotic and romantic location. 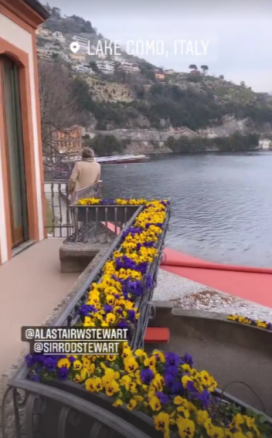 The rocker checked into the stunning Villa d'Este hotel in Lake Como, which overlooks one of the most romantic lakes in the world.

He posted pictures of his holiday on Instagram, tagging his 16-year-old son, Alastair, in one of the posts.

Penny, 50, also shared adorable snaps with her husband in front of beautiful scenery.

Sir Rod is currently in Lake Como with his family ahead of Palm Angel's new collection show.

The luxury fashion label, which was founded in 2015 by Italian art director and photographer, Francesco Ragazzi, launches it's Fall/Winter 2022 Fashion Show tonight.

Sir Rod and his family are thought to be among some of the top VIPs who were invited to attend the show tonight at 8pm. 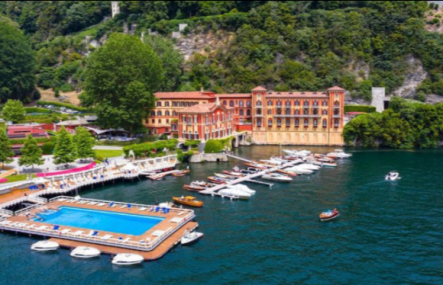 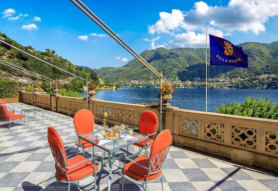 The Villa d'Este has been hailed at one of the best hotels in the world by Travel & Leisure, Condé Nast Traveler and Forbes Traveler.

The famous resort destination has been widely praised for its beautiful gardens and gala celebrations, and is surrounded by a wonderful 10-hectare private park.

It even made an appearance in the James Bond novels.

Sir Rod Stewart, 77, shares rare family snaps as he enjoys a weekend away with son Alistair, 16, and wife Penny Lancaster, 50, in Lake Como

Sir Rod Stewart, 77, cut a dapper figure on Thursday as he took to Instagram to share a rare family snap with his son Alistair, 16, in front of Lake Como, Italy.

The veteran singer's wife Penny Lancaster, 50, also shared a picture as the family are set to enjoy a weekend away at Villa d'Este. The hitmaker completed his look with leopard skin shoes while his son could be seen rocking a navy gilet, ripped grey jeans and a stripped hoodie.

Meanwhile, Penny also posted a photo with her husband Rod and sweeping views of Lake Como in the background. 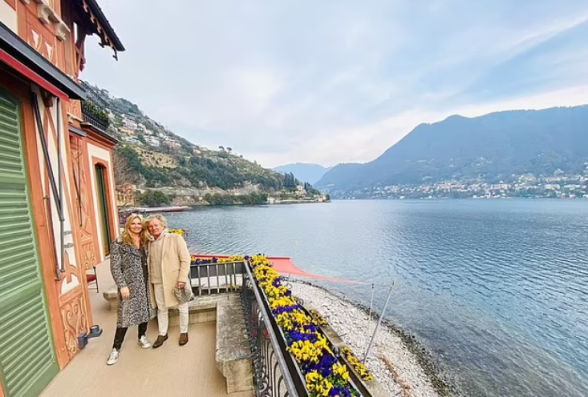 Rock legend Rod Stewart reunited with his ex-wife Alana at their daughter Kimberly's engagement party, 43-years after they first tied the knot

Rod Stewart caught up with his ex-wife Alana on a night out to celebrate their daughter Kimberly’s engagement.

The rocker, 77, was spotted alongside the actress, who he married in 1979 and was divorced from in 1984, at Craig’s restaurant in West Hollywood.

They sat next to model and socialite Kimblerly, 42, and Jesse Shapiro, her partner since March 2019.

Alana added the hashtags #engagment and #engaged to photos on Instagram, sparking congratulations from fans.

Rod and Alana’s son Sean was also at the family dinner along with his sister Renee, who is the Handbags and Gladrags singer’s daughter from his second marriage to Rachel Hunter. They also have a son, Liam. 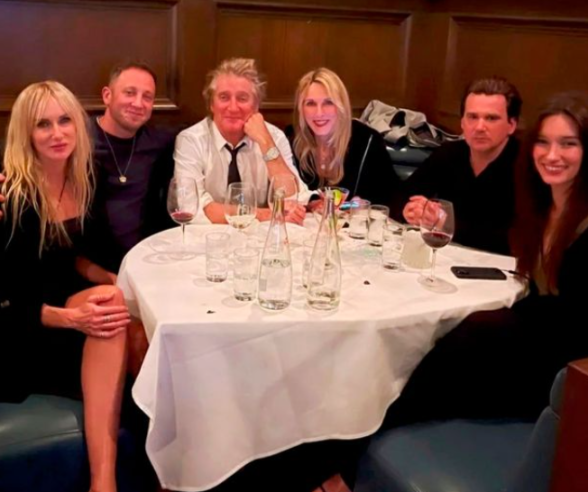 It is not the first time Rod has been pictured with Alana since their split.

The reunion comes after Rod recently admitted he got married far too young, after his wedding with first wife Alana.

The rocker said in a recent interview that it was his father who initially showed his concern about the marriage coming too soon. 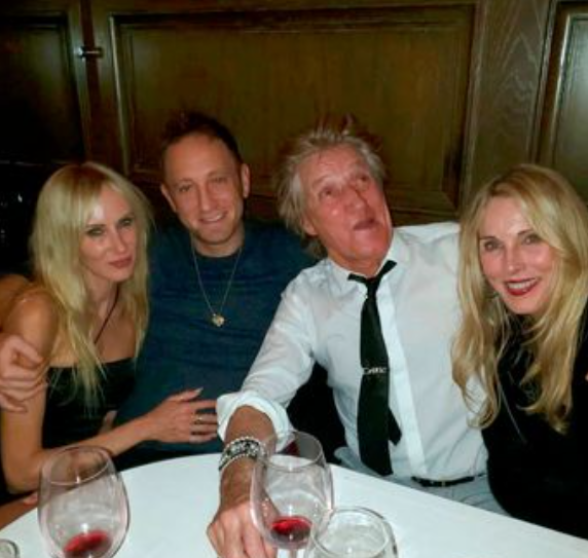 He is one of the music industry's most iconic performers.

So it was no surprise  that Sir Rod Stewart was mobbed by adoring fans as he left Craig's restaurant in West Hollywood with son Sean, 41, on Saturday evening.

The veteran star, 77, looked typically dapper in a light grey suit with trimmed lapels which he teamed with a black tie and white shirt. The hitmaker held a black Sharpie as he signed autographs before getting into the front passenger seat of a Rolls-Royce, while Sean occupied a seat in the rear.

As he made his exit, Rod appeared to have a red blemish on the left side of his face near his ear.

It comes after sons Alastair, Liam, and Aidan, attended the Old Firm match at Parkhead stadium in Glasgow with their dad, a lifelong Celtic supporter, during the week.

And they couldn’t resist some high jinx as they landed on the runway of the private airfield at Glasgow airport.

Alastair, 16, was first seen strutting around the tarmac in his coat and grey checked trousers before being greeted by a crew member as he re-boarded the plane and stuck his tongue out to Liam, 27.

His brother, Aidan, 10, who was also suited and booted, was filmed open mouthed on the family’s jet as he tried to catch a pink and white jelly sweet while still seated on the plane. And they couldn’t resist some high jinx as they landed on the runway of the private airfield at Glasgow airport.

Alastair, 16, was first seen strutting around the tarmac in his coat and grey checked trousers before being greeted by a crew member as he re-boarded the plane and stuck his tongue out to Liam, 27.

His brother, Aidan, 10, who was also suited and booted, was filmed open mouthed on the family’s jet as he tried to catch a pink and white jelly sweet while still seated on the plane.